This is a four-part story by Matt Fitton, who bravely delivers a complex yet fascinating tale on how the Sixth Doctor makes his first meeting with Mel. This was pretty exciting too. I admit it takes more than one listen to understand the story fully. But after on a second listen, I was gripped by the story.

The story takes place after Sixy finishes his travels with his companion Evelyn Smythe. He feels lonely and decides to make his way to meet Melanie Bush in Pease Pottage, 1987, so that she can become his companion. But this is a mistake, as he finds himself meeting two Mels and his younger sixth self.

This is a celebration of both the Sixth Doctor and Mel. Colin Baker and Bonnie Langford have been treated well in the Big Finish audios. I’m so pleased with how their characters have been developed compared to the TV series. It’s so nice to hear them having their first encounter of sorts in this audio.

I was a little surprised that Big Finish were doing the introductory story of Mel between her and the Doctor in this. I thought the Doctor’s first meeting with Mel was in the BBC book called ‘Business Unusual’ by Gary Russell. But I didn’t have to worry, as there is a reference to that book in this audio.

Mel first appeared in the ‘Terror of the Vervoids’ story in ‘The Trial of a Time Lord’. Doctor Six hadn’t met Mel yet, as he was presenting evidence with him and her during his defence at his trial. It’s great that Matt Fitton answers some unanswered questions regarding the Doctor and Mel’s first meeting.

It turns out that the younger Sixth Doctor took Mel home after ‘The Trial of a Time Lord’ ended. He took Mel back to Pease Pottage to meet up with a future Doctor to come and collect her. But as a consequence, he’s taken her back to the wrong time as there is another young Mel in Pease Pottage.

Are you with me so far on this? Don’t worry! It’s all very confusing. But it’s very exciting to listen to and both Colin Baker and Bonnie Langford have done well in their performances of the two distinct versions of their characters. They had help from director Nicholas Briggs on this multi-Doctor story.

Colin Baker excels as the wrong Sixth Doctors in this adventure. I’m very pleased with how Colin has fared lately as the Sixth Doctor. I really wish these Big Finish audios were the TV stories he could have had. He has proved himself to be a far better Doctor compared to how he was from the 1980s.

Colin does well in distinguishing the two Doctors he plays in this. The younger Sixth Doctor is the brash, ruder Doctor that we know from the TV series. You can tell who this Doctor is when he gets easily agitated by something that goes wrong in the story and Colin plays to that aspect so superbly.

The older Sixth Doctor in the ‘Necros’ blue-coloured clothes is the one who has been given the chance to ‘expand’ and develop in the Big Finish audios. This version of Colin’s Doctor is kinder and experienced. Mel refers to him as ‘Indigo’. I like it when he feels melancholy and wants to meet Mel.

Bonnie Langford is also superb as the two Mels in this adventure. Likewise, Bonnie has been given the chance to enhance Mel in a much better light compared to the TV series. Mel is no longer a screamer in these Big Finish audios and its good she enjoys coming back to play her in these stories.

The two Mels are identified by the two Doctors as Mel A and Mel B. Mel A is the post-‘Trial’ Mel who was taken by the younger Doctor to Pease Pottage. She’s a more experienced time-traveller and is shocked on discovering how Pease Pottage has changed and there are two wrong Doctors in her life.

Mel B is the pre-‘Trial’ younger Mel who hasn’t met the Doctor yet and is living in Pease Pottage. But there’s something wrong with this younger Mel. She’s described by the Doctor as being ‘useless’. She doesn’t have the adventurous spirit that the older Mel has, as something has been done to her.

With two Doctors and two Mels meeting each other, you’d expect the Blinovitch Limitation Effect to be in ‘effect’. But Pease Pottage has been taken out of Earth and put into a pocket of cauterised time. This is done by a malicious time demon who has stolen the lives of everyone in Pease Pottage.

This time demon happens to be Tony Gardner as Stapleton Petherbridge. On the outset, Petherbirdge appears as the village chairman of Pease Pottage. But he turns out to be a vortex ‘Nix’ who uses Mel to manipulate events in Pease Pottage and he steals the two TARDISes of the Doctors.

It was hard to understand why this time demon as Petherbridge uses Mel to change Pease Pottage’s history and to erase the Doctor’s past to destroy him. Tony Gardner gives a good performance, even when Petherbridge won’t end his life and he keeps coming back when he constantly gets killed a lot. 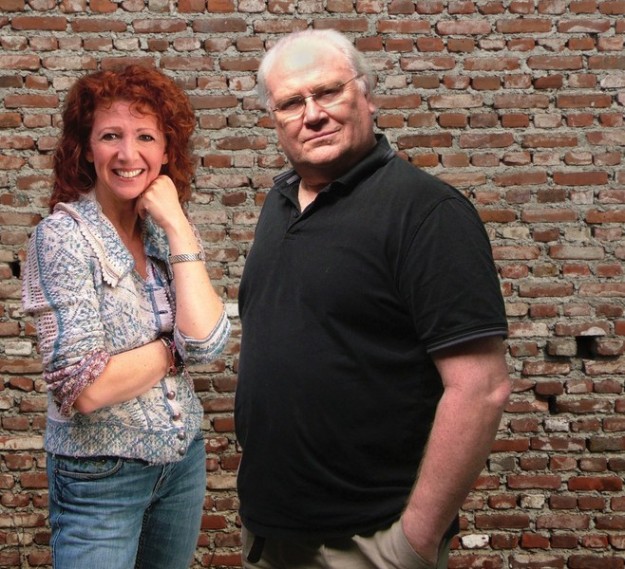 Bonnie Langford and Colin Baker in ‘The Wrong Doctors’.

‘The Wrong Doctors’ has been a great audio adventure to listen to with Colin Baker and Bonnie Langford as the Doctor and Mel. Matt Fitton delivers an interesting multi-Doctor; multi-Mel story. I don’t fully understand it, but it has been fascinating and it does resolve some unanswered questions.

I would like Big Finish to adapt the Sixth Doctor’s first proper meeting with Mel in ‘Business Unusual’. I hope that day will come soon. I will need to read that book first and discover how they first meet.