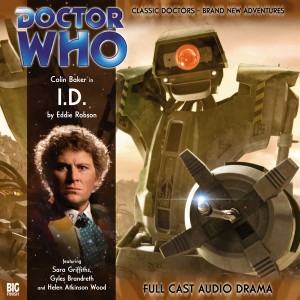 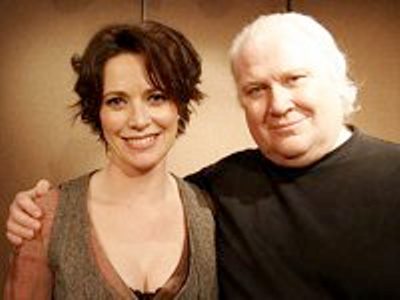 ‘Urgent Calls’ is a little bonus one-part adventure in the ‘I.D. & Urgent Calls’ CD. It’s set in 1974 and is the story about a woman called Lauren. She’s ill; rings a wrong number on a phone and gets in touch with the Doctor.

The Doctor helps Lauren to get better, when she tells him about this illness she’s had recently. He advises her to go to a hospital. This is because the Doctor knows Laura is infected with an alien virus.

I like how this story focuses on Lauren’s story through the phone calls she has with the Doctor. It’s while the Doctor is dealing with an alien menace and tells Lauren all about it when he tries to stop it.

‘Urgent Calls’ is a lovely little story about this relationship between the Doctor and an ordinary woman named Lauren. I like the performances of Colin Baker and Kate Brown as Lauren in this story.

The CD extras of ‘I.D & Urgent Calls’ are as follows. On Disc 1, there’s a trailer for ‘Exotron’ with Peter Davison and Nicola Bryant. At the end of Disc 1, there’s a fifteen-minute interview with Gyles Brandreth by Nicholas Briggs, who discusses his meeting of the first four Doctors and other things.

At the end of Disc 2, there are more behind-the-scenes interviews with the cast and crew of ‘I.D.’. This includes interviews with Colin Baker; Sara Griffths; Gyles Brandreth, Helen Atkinson Wood, David Dobson, etc.

The two stories, ‘I.D.’ and ‘Urgent Calls’, are both delightfully wonderful audio plays, starring Colin Baker as the Sixth Doctor. I enjoyed each these two stories in turn, as there is a lot of character development and action sequences in ‘I.D’ and a very good character drama story in ‘Urgent Calls’.