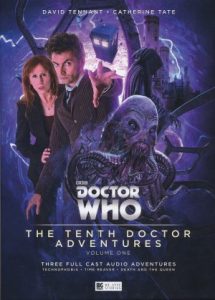 ‘DEATH AND THE QUEEN’

Goritainia with the Tenth Doctor and Donna

The third episode of ‘The Tenth Doctor Adventures – Volume 1’ box set, ‘Death and the Queen’, is by James Goss. This is my favourite out of the three audio episodes from the first ‘Tenth Doctor’ CD set!

This audio episode is all about Donna who falls in love with the prince of her dreams. She gets to stay at a fairy tale-like castle called Goritainia in Earth’s past. But it’s not the fairy tale she had hoped for.

Catherine Tate’s performance as Donna shines throughout in this episode. It’s an amazing story of character development for both Donna and the Doctor. I was very engaged listening to this episode.

James Goss is clearly into the Doctor and Donna when writing their characters for this episode. I especially like how this episode echoes Donna’s dreams of falling in love since ‘The Runaway Bride’.

Donna is a woman who has been unlucky in love. When her chance comes to fall in love with the prince of her dreams, her loyalty to the Doctor gets tested and she soon has to make a big sacrifice.

I found the world of Goritainia interesting. It’s a place that the Doctor and Donna have never heard of, yet this is supposed to be a story set on planet Earth sometime during the 18th century, I believe.

As I said before, Catherine Tate is wonderful to listen to as Donna. I found it interesting how Donna seemingly ‘dumps’ her best friend the Doctor for another handsome man in this ‘Doctor Who’ story.

Donna is quickly enchanted by Prince Rudolph of Goritainia and is keen on the idea of marrying him as well as being queen of a fairy-tale kingdom. Sometimes it happens all too quickly for Donna here.

In this episode, Donna begins to realise that her fairly-tale kingdom is not what it seems and is soon shocked by Rudolph’s actions. On her wedding and coronation, Donna realises she is to marry Death.

David Tennant is brilliant as the Doctor in this episode. I enjoyed those scenes where the Doctor keeps interrupting Donna’s dates with Rudolph and she gets annoyed by his constant interruptions.

In this episode, the Doctor clearly doesn’t want Donna to leave him. He becomes concerned about her welfare and whether she’s happy to live the rest of her life in Goritainia, even as danger comes.

I enjoyed that scene where the Doctor tries to tell Donna he’s happy for her and she can’t get a word in edgeways herself. He gets to have a companion in Hortense for a while and even confronts Death.

Blake Ritson guest stars as Rudolph, Prince of Gortiainia in this episode. Blake has done a number of Big Finish audios of ‘Doctor Who’ beforehand and starred in ITV’s ‘Mansfield Park’ with Billie Piper.

Alan Cox guest stars as Death in this story. I wondered if this is the same version of Death as seen in ‘Torchwood’, since James Goss produces that show for Big Finish. But it transpires Death isn’t what ‘it’ seems.

Beth Chalmers guest stars as Hortense, Donna’s maid in the episode. Beth is a veteran Big Finish actress in many ‘Doctor Who’ audios. I enjoyed the scenes Hortense has with the Doctor and Donna.

‘Death and the Queen’ is a wonderful audio episode of character development for the Doctor and Donna. This is my favourite out of the box set and Catherine Tate’s performance as Donna is superb.

At the end of Disc 3 of ‘The Tenth Doctor Adventures – Volume 1’, there’s a track of incidental music from ‘Death and the Queen’ to enjoy! 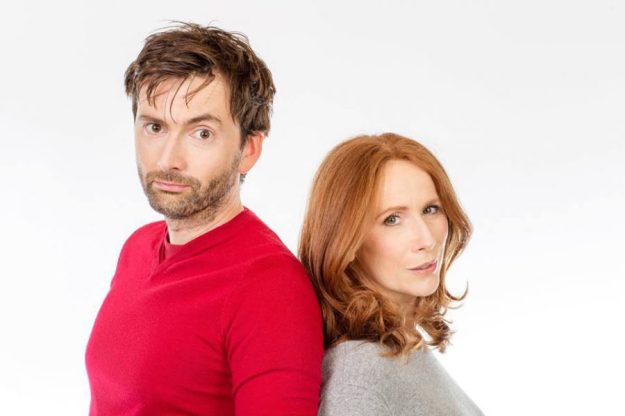 I enjoyed listening to ‘The Tenth Doctor Audio Adventures Documentary’ on Disc 4 of the ‘The Tenth Doctor Adventures – Volume 1’ box set. This looked at the behind-the-scenes making on the three episodes featured in the set and I loved the interviews with David Tennant and Catherine Tate.

I liked the mentions of David Tennant working for Big Finish before in ‘Medicinal Purposes’ with Colin Baker; ‘Colditz’ with Sylvester McCoy; the third series of ‘Dalek Empire’; etc. David Tennant and Catherine bounce off each other when they’re being interviewed for this box set and I enjoyed that.

There’s a look into ‘Technophobia’. There are interviews with writer/script editor Matt Fitton; David Tennant; Catherine Tate; Rachael Stirling; Niky Wardley; Chook Sibtain; Rory Keenan and Jot Davies. Chook Sibtain worked with David Tennant before in the ‘Doctor Who’ series in ‘The Waters of Mars’.

There’s then a look into ‘Death and the Queen’. There are interviews with David Tennant, Catherine Tate, Blake Ritson, Alice Krige, Beth Chalmers and Alan Cox. Sadly, writer James Goss isn’t interviewed either in this CD set. I like how the actors share enjoy working with David and Catherine.

The documentary ends with a positive note from David Tennant and Catherine Tate on how much they’ve enjoyed doing the audio adventures in ‘Doctor Who’ with Big Finish. They clearly enjoyed working together again and I did find it amusing when they shared what they thought of each other. 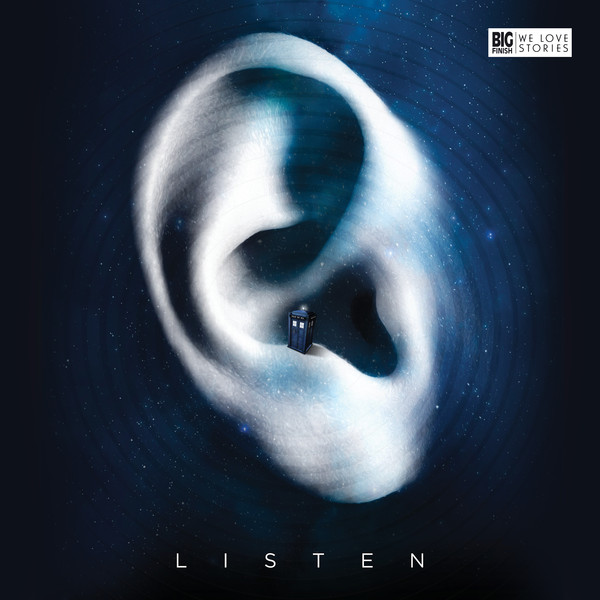 ‘THE AUDIO ADVENTURES OF DOCTOR WHO’

The documentary is introduced by executive producer Nicholas Briggs before going into the various ‘Doctor Who’ ranges by Big Finish. First there’s a trailer and a behind-the-scenes look into ‘U.N.I.T.: Extinction’ from ‘U.N.I.T: The New Series’. There are interviews with Jemma Redgrave and Ingrid Oliver.

The documentary ends on a positive note with Russell T. Davies expressing his joy at how Big Finish have got the licence to do new series audio stories with ‘Doctor Who’. He mentions wanting more stories with the Sitheen, the Ood and the Wire. I hope those new audio adventures will come soon.

‘The Tenth Doctor Adventures – Volume 1’ by Big Finish has been a worthwhile purchase. It transported me back to 2008 as I hoped it would. I love the performances of David Tennant and Catherine Tate as the Doctor and Donna and ‘Death and the Queen’ is definitely my favourite story.