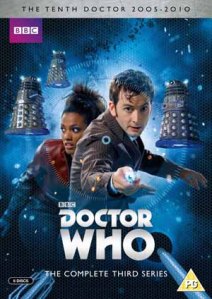 “We are the Family of Blood!” with Scarecrows

This is a two-part story with David Tennant as the Doctor and Freema Agyeman as Martha!

It is set in 1913 with scary walking scarecrows! ‘Human Nature’/’The Family of Blood’ is an enjoyable and interesting pseudo-historical adventure as the Doctor literally becomes a human.

This two-part story is by Paul Cornell. It is based on the ‘New Adventures’ novel called ‘Human Nature’ with Sylvester McCoy’s Doctor and is now adapted for TV with David Tennant’s Doctor.

This story is unique as it is about the Doctor becoming human in order to hide from nasty aliens. He becomes human and he lives as a schoolteacher in 1913, a year before the First World War.

Only Martha knows the Doctor’s secret as she works as his maid at the school in 1913. It’s a stressful time for Martha. The Doctor isn’t the Doctor anymore and is simply called John Smith.

The Doctor has this fob watch which he uses to contain his Time Lord persona. He used the chameleon arch in the TARDIS to rewrite his biology to change him into a Time Lord to a human.

David Tennant is brilliant in this two-part adventure. He plays John Smith differently to how he plays the Doctor. John Smith is very human indeed and only has one heart instead of two hearts.

John has these dreams about being the Doctor in his sleep and when he wakes up he writes these memories in the form of fiction. He writes these stories in a ‘journal of impossible things’.

Jessica plays Joan marvellously and is very likeable indeed. John shares his ‘journal of impossible things’ with Joan and gets to ask her out on a dance and he go for walks with her in the country.

Martha sees John fall in love with Joan and struggles to keep her feelings at bay. Her unrequited love for the Doctor is shown. She’s upset her Doctor fell in love with a human and it wasn’t her. 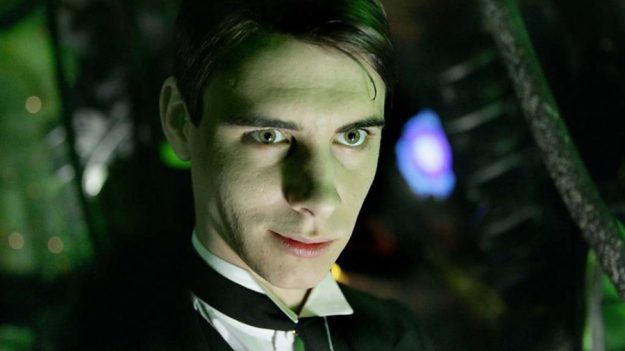 The aliens chasing the Doctor are the Family of Blood. They are green gaseous aliens who take possession of human bodies. They want a Time Lord so to prolong their life-span in the universe.

The Family are Harry Lloyd as Baines/Son of Mine; Gerard Horan as Mr. Clark/Father of Mine; Rebekah Straton as Jenny/Mother of Mine and Lauren Wilson as Lucy Cartwright/Daughter of Mine.

Thomas Sangster (from ‘Nanny McPhee’) guest stars as Tim Latimer. Tim is a young schoolboy with an extrasensory perception. He discovers the Doctor’s fob watch and pockets it for himself.

Pip Torrens (who I’ve seen as Bingo Little from ‘Jeeves and Wooster’) guest stars as Mr Rocastle, who is school headmaster at Farringham School in 1913. It was nice to see him in this episode.

The monsters are walking scarecrows. These are controlled by the Family of Blood as their foot-soldiers. The scarecrows are so scary to watch and their movements are very disturbing indeed.

The episode ends on a dramatic cliff-hanger where the Family of Blood with their Scarecrow crash in on the party at the dance John Smith and Joan Redfern attend. They threaten the lives of Joan and Martha as they know the Doctor is human and they demand him to change back… The DVD special features on this episode on ‘The Complete Series 3’ are as follows. On Disc 4, there is a commentary with writer Paul Cornell; director Charles Palmer and composer Murray Gold. On Disc 6, there’s the ‘Doctor Who Confidential’ episode, ‘Alter Ego’.

Fortunately Martha and Joan are saved when Tim Latimer opens the watch at the dance to distract the Family. John Smith and Joan get everyone out whilst Martha deals with the Family.

This story gets to see Martha taking charge whenever the Doctor’s not around. It’s very brave of Martha to fight off this malicious Family and she’s get to be more resourceful than ever in this.

I liked Freema Agyeman’s performance in these episodes. She delivers Martha’s bravery in spades. I liked that moment when Martha is proving to Joan that she is training to be a Doctor.

That scene when the boys at the school are recruited to fight off the army of scarecrows was intense. The schoolboy choir music in the background of the firing scenes was chilling to hear.

Seeing each of the Family members’ ruthless determination to bring the Doctor into the open was chilling. Seeing Baines’ cruel mocking of his headmaster Mr Rocastle was pretty disturbing.

This episode sees John Smith at breaking point as he comes to realise the life he been living was all a lie. He becomes upset as he doesn’t want to be the Doctor and just wants to be John Smith. 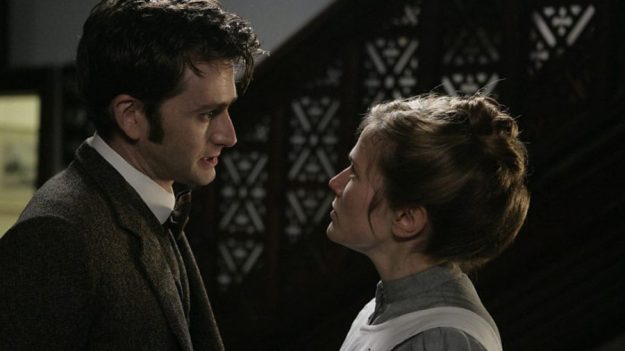 John Smith tries to dismiss Martha’s claims that he is the Doctor. But even Joan questions him and he’s upset by this as he wants to have his life with her but the Family make it worse for him.

Soon, Tim Latimer shows up and gives back the fob watch containing the Doctor inside. Even at that point, John Smith won’t open it to bring the Doctor back. If he doesn’t, it could be the end.

In the end, Joan persuades her lover to open the watch so that the Doctor can live and John can die. Both John and Joan see the future they could have had when they hold the watch together.

The Family soon get the watch back from John Smith. But John Smith is already gone and the Doctor has come back. He does something clever to blow the Family’s spaceship up into pieces.

Escaping the exploding spaceship, the Doctor, in his quiet rage, gives the Family the desire to live forever. But it’s not what they wanted, as their wish to live forever means they die forever.

That scene where the Doctor visits Joan one last time was sad to watch. The Doctor invites Joan to travel with her in the TARDIS, but Joan refuses since the man she loved isn’t there anymore.

The Doctor soon returns back to Martha at the TARDIS and both say goodbye to Tim Latimer. The Doctor gives Tim his defunct fob-watch which he uses to help survive the First World War.

I liked the scenes where Tim is on the field of battle in France, 1914 with Hutchison and when he’s an old man at a Remembrance Day ceremony. The Doctor and Martha are also there too.

‘Human Nature’/’The Family of Blood’ is a great pseudo-historical ‘Doctor Who’ story set in 1913. It was interesting to see a new side to the Doctor where he’s human and falls in love and how Martha copes. It’s so well-written by Paul Cornell and it’s beautifully told in these episodes.

The DVD special features on this episode on ‘The Complete Series 3’ are as follows. On Disc 4, there’s a commentary with producer Susie Liggat; art director Arwel Wyn-Jones and production manager Tracie Simpson. On Disc 6, there’s the ‘Doctor Who Confidential’ episode ‘Bad Blood’.