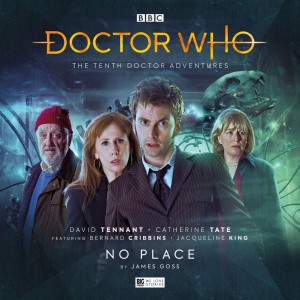 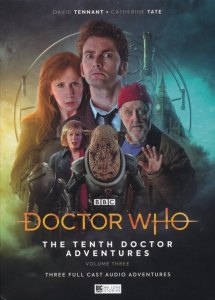 ‘Haunted Makeovers’ with the Doctor, Donna, Sylvia and Wilfred

It’s time for Series 4 of ‘Doctor Who’ again with the Doctor and Donna in Big Finish!

The announcement ‘The Tenth Doctor Adventures – Volume 3’ was going to be made with David Tennant as the Doctor and Catherine Tate as Donna by Big Finish got me excited when I heard the news. It was while Series 11 of ‘Doctor Who’ with Jodie Whittaker was still happening on TV screens.

I enjoyed David Tennant and Catherine Tate back together as the Doctor and Donna in ‘The Tenth Doctor Adventures – Volume 1’. So I was looking forward to hearing more adventures with these two, which I hoped would happen. I immediately pre-ordered the 5-disc CD box set in October 2018.

Another chance to go back in time to the days when ‘Doctor Who’ was at its height for me as a fan in 2008 was irresistible. Series 4 of ‘Doctor Who’ is my favourite from the current era and David Tennant and Catherine Tate slip back into their roles as the TARDIS regulars superbly in these audios. 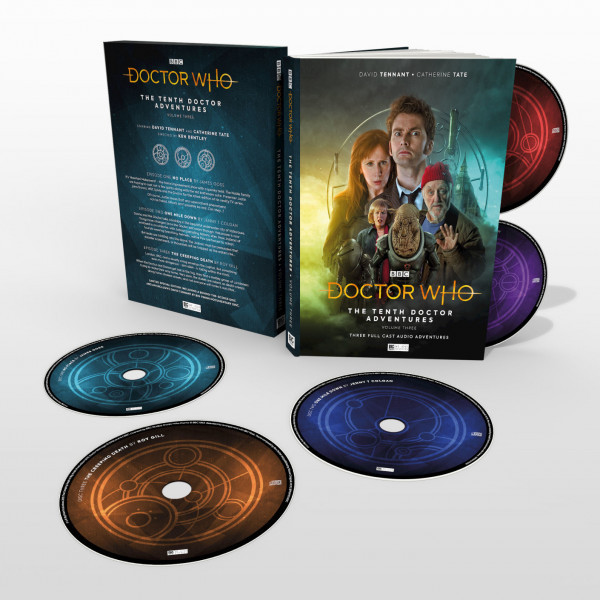 The CD box set eventually got released in May 2019. Another exciting appeal to the CD box set as well as David Tennant and Catherine Tate coming back as the Doctor and Donna was also the return of Jacqueline King as Sylvia Noble, Bernard Cribbins as Wilfred Mott and the rhino-like Judoon. Yes!!!

There are three episodes on the first three discs of the 5-disc CD box set. They are ‘No Place’, ‘One Mile Down’ and ‘The Creeping Death’. There’s also ‘The Tenth Doctor Adventures Documentary’ on Disc 4 and the exclusive ‘David Tennant at Big Finish’ documentary on Disc 5 that sounds so exciting.

The box set of ‘The Tenth Doctor Adventures – Volume 3’ has been presented in previous styles as Volumes 1 and 2’, but without any behind-the-scenes photos sadly. There is an introduction; notes on the three episodes; storyboard illustrations by Mike Tucker and costume designs by June Hudson. 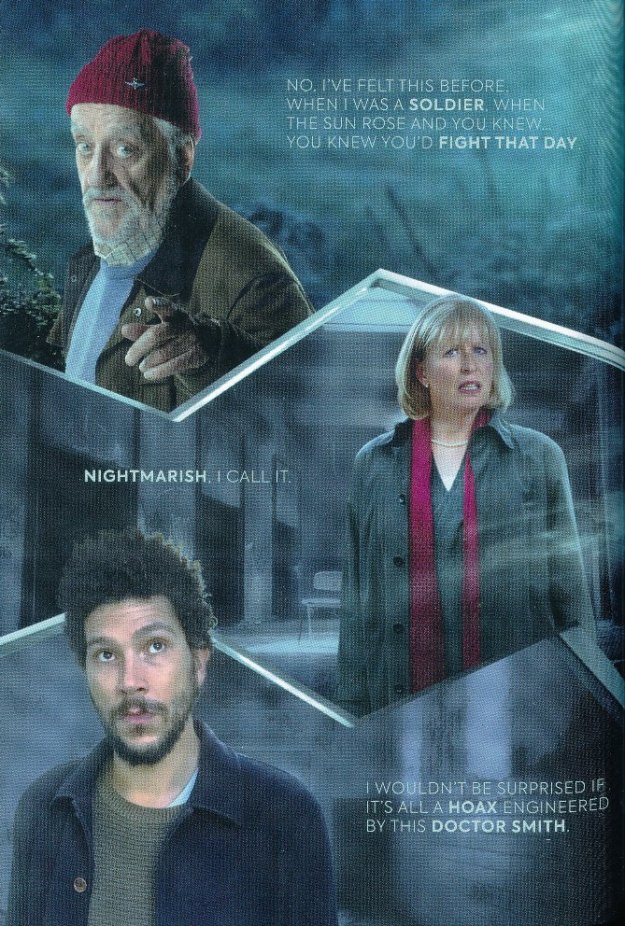 The first episode of the box set is ‘No Place’ by James Goss. James Goss previously wrote for the Tenth Doctor and Donna in the adventure ‘Death and the Queen’ in the first ‘Tenth Doctor’ volume.

This episode is pretty exciting as it features the return of Jacqueline King as Sylvia Noble and Bernard Cribbins as Wilfred Mott. I was glad to hear these two join the Doctor and Donna for this adventure.

Before receiving the CD box set in the post, I saw Jacqueline King and Bernard Cribbins at the ‘London Comic Con Spring’, March 2019. I was looking forward to Sylvia and Wilfred in an audio tale.

I had heard Jacqueline King as Sylvia previously in the audio adventure ‘Wild Pastures’. This was different though as I’d be hearing her act with David Tennant, Catherine Tate and Bernard Cribbins.

‘No Place’ is a story that takes on a rather unusual narrative. I’m not sure I fully understand it myself and I believe this requires more than one listen. But this was an interesting story to sit and listen to.

The story takes on the format of someone presenting a reality TV show called ‘Haunted Makeovers’ at someone’s house. That person happens to be Joel Fry as Justin, who is recording the show for TV.

The idea of the show is meant to be a cross of ‘Homes Under The Hammer’ (which I’ve not seen by the way) and ‘Most Haunted’. I’ve never seen ‘Most Haunted’ on TV, but I’ve seen clips of it on ‘TV Burp’.

The show is like a standard home improvement TV programme but with a twist. There are ghosts involved. Justin as a presenter is determined to disprove the ghosts that happen in his own TV show.

When Justin arrives at the house whilst recording the show with film crews including Peter Singh as Jas helping him, he meets the Noble family. This includes the Doctor, Donna, Sylvia and Wilfred. 😀

I did like that introduction scene at the beginning before the opening music for the episode. And it transpires that the Doctor and Donna are acting like a happily married couple! That’s so unexpected!

I found it funny when the Doctor and Donna called each other ‘Pumpkin’ and ‘Smoochykins’ or something like that in the episode. The two are clearly uncomfortable about being a married couple.

It’s ironic that throughout Series 4 the Doctor and Donna were denying to people that they were a married couple. Yet here, they’re now acting as one. It was so funny to hear the lines between them.

I enjoyed Sylvia’s involvement in the adventure. She still seems unaware of Donna’s travels with the Doctor by this point, but she knows the Doctor has trouble following him after very recent incidents.

Wilfred is of course supportive of the Doctor and Donna compared to Sylvia. It’s interesting how he finds a pit that contains the answers of what’s been happening on with strange ghostly occurrences.

In fact, I’m curious as to how the Doctor and Donna got Sylvia and Wilfred involved with this adventure. It’s not clearly established with all of this taking place from the perspective of presenter Justin.

The adventure is rather confusing in places, hence why I suggest it needs to be listened to more than once. But it’s an enjoyable confusing. You get gripped into the adventure to wonder what’s going on. 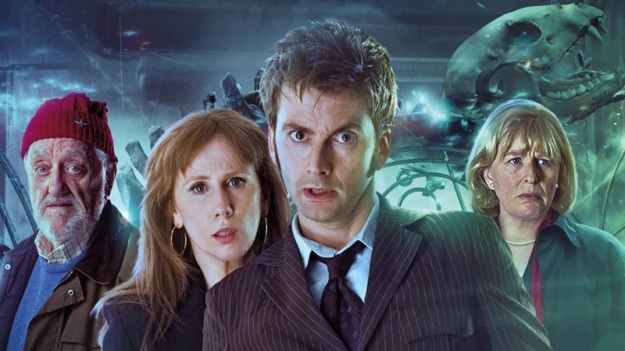 ‘No Place’ has been an enjoyable story in ‘The Tenth Doctor Adventures’ by Big Finish. I wouldn’t rate this highly, but I so enjoyed Sylvia and Wilfred joining the Doctor and Donna in this ghostly tale.

At the end of Disc 1 of ‘The Tenth Doctor Adventures – Volume 3’, there’s a track of incidental music from ‘No Place’ to enjoy!