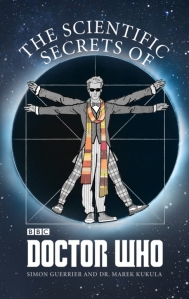 Cyber Attack with the Third Doctor, Jo, the Brigadier, Sgt. Benton and U.N.I.T.

‘The Piper’ is by Mark Morris and it features the Third Doctor, Jo, the Brigadier, Sgt. Benton and U.N.I.T. This story also features a Cyberman in it as well as some Cyber-rats and Cyber-worms. They can easily be referred to as Cybermats here. I did enjoy this one with a Cyberman making an appearance.

The Cyberman is believed to have come from a previous Cybermen invasion of Earth that took place during ‘The Invasion’ itself. This is ironic considering the Cyberman took a long time to wake up with the story set during the Season 10 period between ‘Planet of the Daleks’ and ‘The Green Death’. 🙂

In the story, a man called Barry Jenkins gets attacked in the London sewers. Visiting him in a hospital, the Doctor and Jo see that Barry Jenkins has been converted with cyber technology, almost similar to how someone gets converted into a Cyberman in ‘The Moonbase’. Unnerving stuff, isn’t it?

I enjoyed how Mark Morris recreates the action-packed atmosphere of the Third Doctor era in this tale. This is especially as the Brigadier and Benton are included in the story as well as the Doctor and Jo. It’s a shame Mike Yates doesn’t appear in this little tale since he’s only referred to by name here.

I liked it when we experience from Benton’s point of view how the Doctor and Jo sort things out. There’s a reference made to the Pied Piper as the Doctor is disabling the Cyber-rats and the Cyber-worms in the story. This story is left open-ended about the future of Earth’s technological advances.

‘The Piper’ is accompanied by the chapter called ‘Man and Machine’.