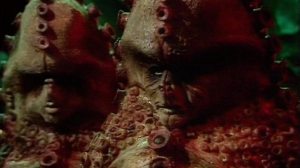 Here is ‘The Zygons’ Timeline’.

to help me put this version of the timeline together.

I’ve included all the TV stories; audios; books; short stories and comics into this list for now.

The (TV) and (Audio) stories are highlighted in BOLD and GREEN.

The (Book) stories are to remain un-highlighted for now.

The short stories are highlighted in GREEN and/or ITALICS; and are CENTRED.

The stories with links to reviews by me on my blog are highlighted in BOLD and GREEN.

Regarding the (Book) stories, I’ve identified each of them as follows in the KEY below.

Regarding the (Audio) stories, I’ve identified each of them as follows in the KEY below.

Regarding the short stories, I’ve identified each of them as follows with abbreviations.

Please feel free to ask questions about this timeline, as I intend to revisit this and add new stories to the list as time goes on.