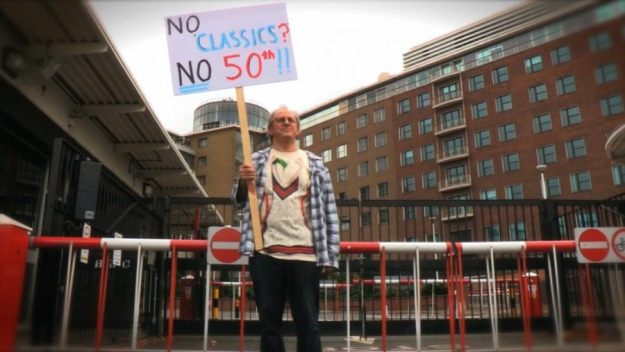 At long last! I get to review ‘The Five(ish) Doctors Reboot’!

I love ‘The Five(ish) Doctors Reboot’ by Peter Davison! It made the 50th anniversary of ‘Doctor Who’ for me, although you have to watch ‘The Day of the Doctor’ first, as it ties closely to this TV special.

I was in Chichester when I saw ‘The Five(ish) Doctors Reboot’ on the BBC Red Button Channel. It made my dream come true for the 50th anniversary, as I wanted to see all the Doctors and companions, classic and new. I also wanted this special to have its own DVD release and it came true. 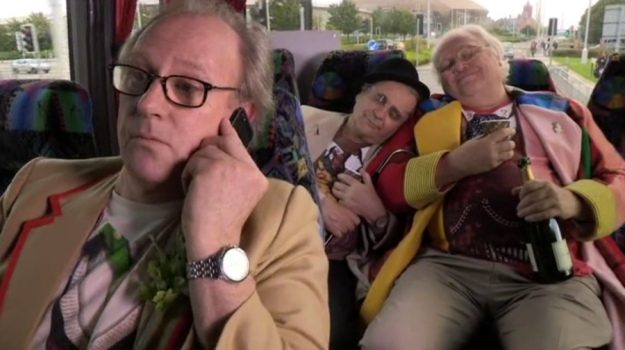 ‘The Five(ish) Doctor Reboot’ has now been released as a special feature on the ’50th Anniversary Collector’s Edition DVD’ of ‘Doctor Who’ and is on Disc 4 with ‘An Adventure in Space and Time’.

I chatted to Sarah Sutton (who plays Nyssa in ‘Doctor Who’ and appears in this special) about ‘The Five(ish) Doctors Reboot’ at the ‘Time Warp’ convention in Weston-super-Mare, July 2014. Both Sarah and I really like this special and we agreed that it was better than ‘The Day of the Doctor’, as it’s poignant as well as funny.

‘The Five(ish) Doctors Reboot’ starts with Peter Davison watching ‘The Snowmen’ with his sons on Christmas Day, 2012. Believing he won’t take part in the anniversary special, Peter with Colin Baker and Sylvester McCoy set out to ‘invade’ the BBC studios in Cardiff and get an appearance in the episode. 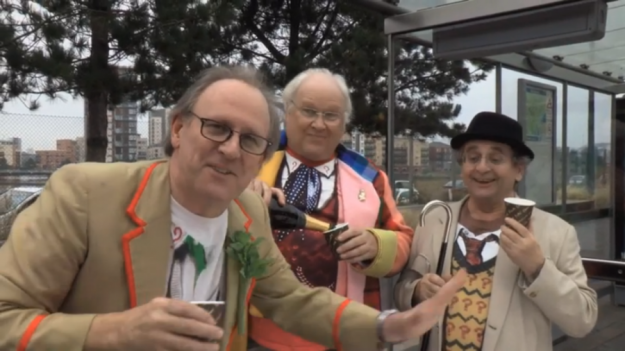 I got a buzz from watching this special, as I was at one of the locations where they were filming ‘The Five(ish) Doctors Reboot’. It was at the ‘Doctor Who’ convention, ‘Project Motor Mouth 2’, at the Copthrone Hotel in Slough, August 2013 where they filmed the earlier scenes of Peter Davison attending a convention in March, 2013 (?!).

It was funny to see Peter signing autographs for fans at the convention, knowing that I was one of the attendees on that day. They also filmed the Steven Moffat dream sequence with the companions, as it was at the ‘Project Motor Mouth 2’ convention run by Janet Fielding on that day.

Peter Davison (The Fifth Doctor) is superb as he’s my favourite Doctor. I really liked how Peter gently mocks his own ego in this special. Peter is the one who motives Colin and Sylvester to join him in his campaign and for them to appear in the 50th anniversary special. He says they’re doing it ‘for the fans’. 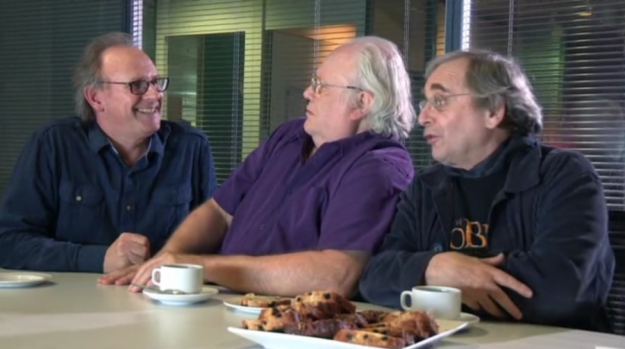 Colin Baker (The Sixth Doctor) is equally good, being very funny and gets the comedy timing right. I enjoyed Colin’s antagonistic in-joke rivalry between him and Sylvester about ‘The Hobbit’ film trilogy. It was great to see Colin’s family in the anniversary special, as his wife and his four daughters appear in this.

Sylvester McCoy (The Seventh Doctor) is also very funny in this. Sylvester is making ‘The Hobbit’ with Peter Jackson in this special. But he also wants to be involved in the 50th anniversary too. I found it very funny when Sylvester constantly remarks about being in ‘The Hobbit’ and gets Colin annoyed.

Paul McGann (The Eighth Doctor) appears in too, as well as Matt Smith (The Eleventh Doctor) and David Tennant (The Tenth Doctor). Tom Baker isn’t in this special I’m afraid, apart from an inserted clip from ‘Shada’ in ‘The Five Doctors’ with Jon Culshaw as the voice of Tom Baker on Colin’s mobile. Director Peter Jackson and Sir Ian McKellen of ‘The Hobbit’ film trilogy also make an appearance in this 50th anniversary special too. This got me excited, as I love ‘The Lord of the Rings’ film trilogy. It was funny to see when Peter Jackson in New Zealand discovers that his Radagast star Sylvester McCoy has gone missing. 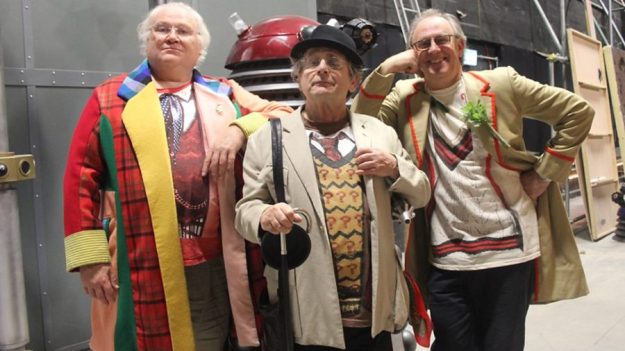 I really enjoyed ‘The Five(ish) Doctors Reboot’! This is a wonderful 50th anniversary spoof of ‘Doctor Who’ by Peter Davison. It filled in the party-feel that I wanted for the anniversary year. I love how it gently mocks the real-life scenario of ‘Doctor Who’ and it’s great to watch the people I’ve met at conventions over the years in this.