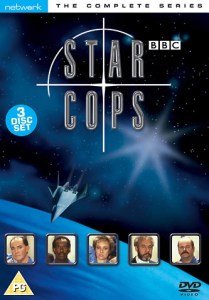 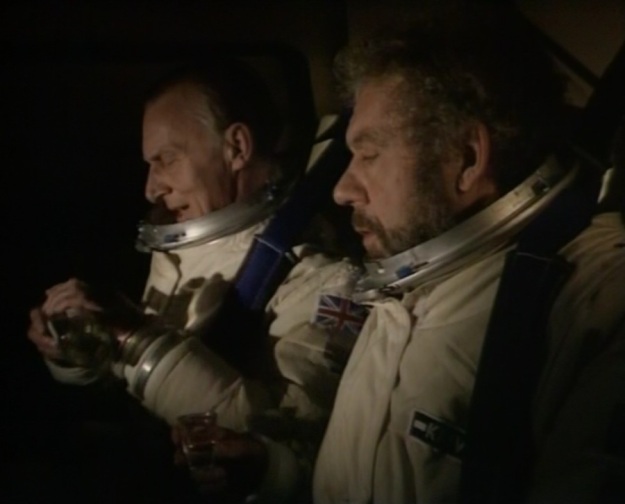 Once again, we have another enjoyable and compelling episode in the ‘Star Cops’ TV series by John Collee. I think it is fair to say that the three John Collee penned-episodes of ‘Star Cops’ are the best!

‘Other People’s Secrets’ was also directed by Christopher Baker, who makes his last contribution as a director on ‘Star Cops’. In all fairness, Chris Baker’s directorial on the John Collee stories are the best.

This episode features quite a lot of character development for our main characters as well as featuring some interesting guest characters. This is especially as a psychologist visits the Moonbase.

In the episode, glitches and equipment failures occur at the Moonbase. This causes stress-related issues among the base crew. This raises concerns from Nathan Spring as well as Alexander Krivenko.

These increasing glitches and equipment failures coincide with a safety inspection as well as a psychologist visiting the base. Very soon, the Moonbase undergoes this decompression emergency.

This episode features special guest star Geoffrey Bayldon as Ernest Wolfhartt who comes to inspect the Moonbase for safety. I’ve seen Geoffrey Bayldon in quite a number of things by this TV episode.

He was in the ‘Doctor Who’ story, ‘The Creature From The Pit’ with Tom Baker and he was in the 1973 version of ‘Alice Through The Looking Glass’ with Sarah Sutton. He has done many acting roles.

It was interesting to see Geoffrey Bayldon’s character in this episode, as he seems nervous and anxious during this safety inspection of the Moonbase. He also seems to be a friend of Alex Krivenko.

It was nice to see those scenes between Alex Krivenko and Ernest Wolfhartt in the moon buggy watching the Earth from a view. It also sheds more light on Alex Krivenko as a character in this story.

The episode also features Maggie Ollerenshaw as Dr. Angela Parr, the psychologist, who also happens to be Colin Devis’ ex-wife. This was a surprise for me as well as for Colin who saw her again.

In the episode, Colin tries to rekindle a flame between her and Angela when they broke and divorced from last time. Colin has that opportunity to do that with her during the decompression emergency.

The episode also has Nathan Spring and Pal Kenzy spending some time together. Nathan gets to learn more about Pal when she admits her dislike of shrinks and he shares some of his family history.

I do like the sense of humour that’s been given to Nathan recently in this episode. I am finding how I’m starting to like these characters compared to when I struggled to like them in the early episodes.

The episode also features Barrie Rutter as Hopper, who seems to be a pretty belligerent and unreasonable mechanic at Moonbase. There’s also Leigh Funnell as Beverly Anderson, his assistant.

Beverly does her best to help Hopper, but he’s pretty insulting and viciously mean to her. She complains about this to Alex Krivenko and even Nathan has some words with Hopper in the episode.

David Theroux gets assigned to help Hopper during his maintenance work, but even he finds it a struggle to get on with him. I find it intriguing how Hopper doesn’t seem to want to be friendly here.

I was perplexed as to what happened when Ernest Wolfhartt seemed to be the one sabotaging the Moonbase’s operations. I’m not sure if there was a reason for it. I’ll have to watch the episode again.

The episode ends with Colin and Angela parting ways, though she’s not happy that the two shared intimacy together during the emergency. Beverly also tries to be polite to Hopper in saying goodbye.

But Hopper’s still mean-spirited. I wonder if he’ll ever return to the series. 😀 Nathan also asks Pal to not tell anyone what he shared to her with his family history and she says she won’t. Or will she? 😀

‘Other People’s Secrets’ is a very good episode. I like how this episode focuses on certain groups of characters which include Nathan and Pal; Colin and Angela; Alex and Ernest and Hopper and Beverly.