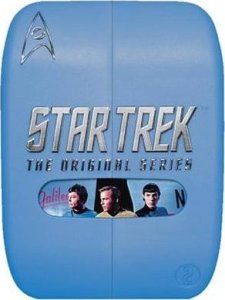 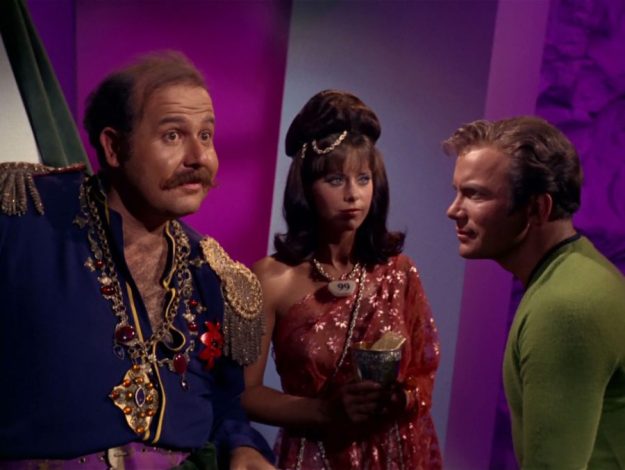 This is a pretty comedic episode of ‘Star Trek’ that I found very amusing. This episode features the return of Roger C. Carmel as Harry Mudd, who previously appeared in the episode ‘Mudd’s Women’.

Mudd returns in the episode as he rules a planet with a race of beautiful androids serving him. But the androids won’t let Mudd leave this planet, as they seem curious and want to learn from humans.

Once in control, Norman forces Kirk with his team of Spock; Bones; Scotty; Uhura and Chekov to beam down with him to the planet. There they meet Mudd, who is intent to maroon them forever.

The episode’s guest cast also includes Richard Tatro as Norman, the lead male android. Norman seems to be the central link of in the hierarchy. It could be the key for Kirk and his people to escape.

There’s also Alyce Andrece and Rhae Andrece as a lot of Alice androids in the episode. The Alice androids are beautiful, though I don’t think you could have a good romantic conversation with them.

It was intriguing when Mudd, after trying to maroon Kirk and his Enterprise crew on the planet in order to escape, is betrayed by his androids. It seems the androids are to take control of the galaxy.

The androids are emotionless and ‘are not programmed to respond’ in certain areas. They also have bead necklaces around their necks that have this light which goes on when they’re in thought mode.

There’s also Kay Elliot as Stella, Mudd’s former wife. Stella is an android held in suspended animation. Mudd loves to tell Stella to shut up in a glass window when he’s switching her on to talk.

This episode is pretty comedic, especially when Kirk and his team trying to outwit the androids by doing illogical and silly things. The androids don’t understand this as they soon overload and freeze.

I liked that scene that Chekov has when he’s with two of the Alice androids. He regrets that they’re not real girls, but he soon starts to like the idea of being marooned on a planet with android women.

Uhura also seems to be succumbing to the idea of living forever in android bodies like the Alices. I did think for one minute that Uhura seemed to be betraying Kirk, but this all turns out to be a rouse.

I found it funny when Scotty seemed to end up dead and Kirk claims that he had too much happiness. It was also funny when Spock loved one of the Alice androids and then he hated another.

Sadly Sulu doesn’t get to go down to the planet surface with Kirk, Spock, Bones, Scotty, Uhura and Chekov. I assume that Sulu is left in command and that George Takei was busy doing another movie.

I enjoyed Roger C. Carmel’s performance as Mudd in this episode. He helps Kirk and the others out after threatening to maroon them forever. It’s funny when there were 500 copies of Stella for Mudd.

‘I, Mudd’ is a deliciously comedic episode in the original ‘Star Trek’ series. It’s very entertaining and it can be excused for being too far-fetched in places, especially when Kirk and his people act very silly.

The DVD special features for this episode are as follows. On Disc 2 of the original DVD and Disc 3 of the re-mastered DVD of ‘Star Trek: The Original Series – Season 2’, there is a preview trailer for this episode.