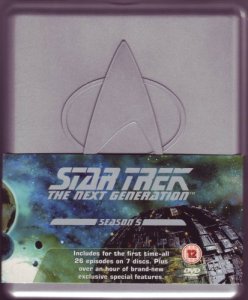 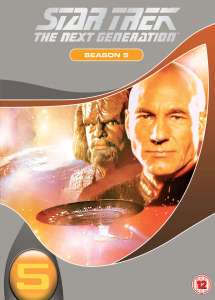 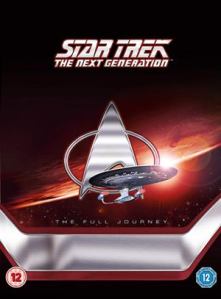 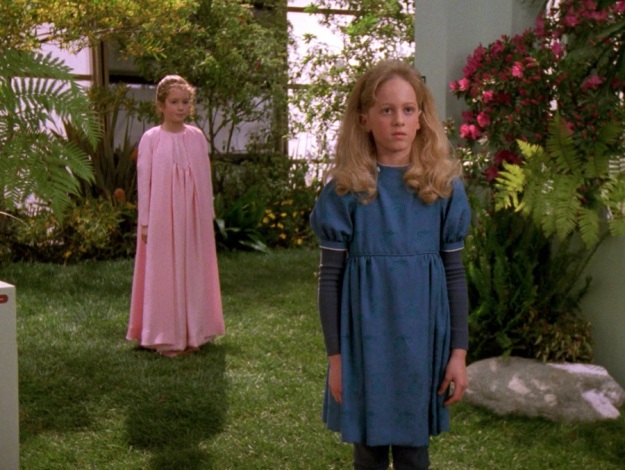 This ‘Star Trek: TNG’ episode focuses on a little girl named Clara who has an imaginary friend named Isabella aboard the starship Enterprise. Isabella then turns out to be real and starts to cause trouble.

It happens the Enterprise enters and explores a nebula. An energy-based life form enters the ship and soon enters the mind of Clara before it assumes the persona of Clara’s imaginary friend Isabella.

I found this an enjoyable episode focusing on a little girl living aboard the Enterprise in the ‘TNG’ series. Noley Thornton who plays Clara Sutter in the episode delivers a very good performance here.

This is Noley Thornton’s first ‘Star Trek’ appearance as she would later go on to guest star in a ‘DS9’ episode called ‘Shadowplay’. Noley did plenty of child actress work in TV and film from 1990 to 1996.

In this episode, Clara just moved to the Enterprise with her father Jeff Allin as Ensign Daniel Sutter. Clara is lonely and she creates her imaginary friend Isabella to keep her company on the Enterprise.

Clara’s father shows some concern for her daughter and asks Counsellor Troi to check on her. Troi treats Clara’s imaginary friend as if she’s real to her, as she comprehends why she’s created Isabella.

Deanna understands the concern from Clara’s father about her daughter, but reassures him it’s natural. With time, it gets hoped that Clara will be able to make new friends on board the Enterprise.

When Clara’s imaginary friend Isabella becomes real before her, she’s surprised. Shay Astar plays Isabella in the episode and she’s exactly how Clara imagined her with blonde hair and in a blue dress.

There’s also a scariness to Shay Astar’s performance as Isabella. There were times when she looked evil and had red-glowing eyes when she happened to be the entity that took the persona of Isabella.

Isabella can also make herself invisible before adults see her. This is until Clara and Isabella run down a corridor and bump into Worf, to which Worf sees Isabella as she is before identifying her to Picard.

Despite Clara having Isabella as her real imaginary friend, Isabella increasingly gets Clara into trouble by leading her into off-limits places. This includes Clara being led into Ten Forward where Guinan is.

Very soon, Clara gets prompted by Counsellor Troi to go and play with others and not include Isabella with her. This leads Clara in meeting with Brian Bonsall as Alexander Rozhenko, Worf’s son.

Clara and Alexander meet during a ceramics class for the kids on the Enterprise. They get on well at first, before Isabella causes trouble and starts to ruin the cup that Alexander’s making for his father.

As this incident occurs, Clara runs away upset before Isabella turns up and seems to be angry with her red glowing eyes. Isabella tells Clara that she’ll die like everybody else when the others get here.

Clara becomes frightened and refuses to go to bed when it’s her bedtime. Her father calls up Counselor Troi who then comes to see Clara to help get over her the fear about her imaginary friend.

As they look about the place in Clara’s quarters to see if they can find any trace of Isabella, Deanna looks in the closest before she gets shot down by Isabella appearing. Clara screams once this occurs.

Very soon, the Enterprise is on full alert and is everything is done to find out what’s going on as the ship gets attacked by more energy-based life forms around the ship. Picard soon talks with Isabella.

This is when Clara and Picard both find Isabella in the arboretum. Picard talks to Isabella about human parenting and rules of protection over children. Clara also asks Isabella to remain her friend.

Patti Yasutake guest stars as Nurse Alyssa Ogawa in the episode. She has one scene with Beverly Crusher where they talk about a date she had whilst the Isabella entity is exploring the ship early on.

‘Imaginary Friend’ is a pretty good ‘TNG’ episode. It’s not the most action-packed but I did like how it focuses on a little girl aboard the Enterprise who has an imaginary friend that so soon becomes real.