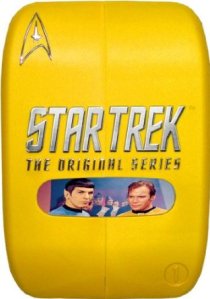 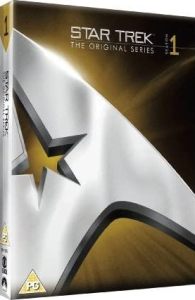 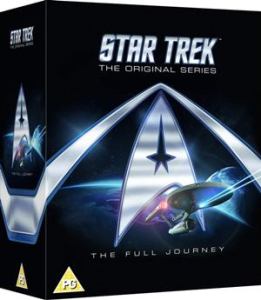 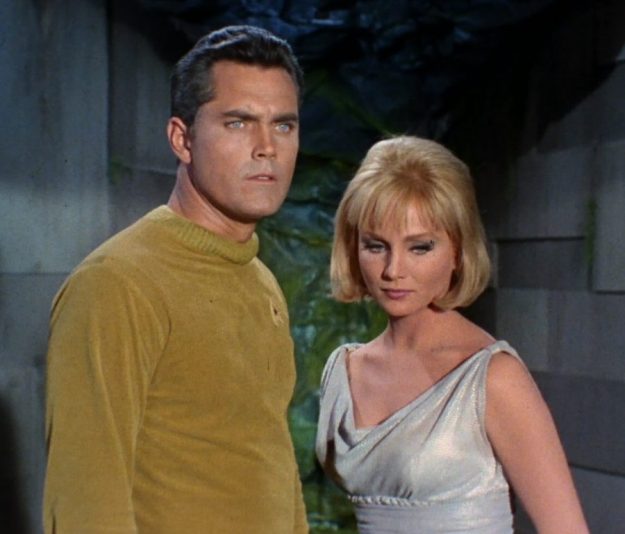 ‘The Menagerie’ is the only two-part story to feature in ‘The Original Series’ of ‘Star Trek’. The two-parter is based on first pilot episode made for ‘Star Trek’ called ‘The Cage’. This is an unusual two-parter, as it doesn’t deal mostly with Captain Kirk and it is using most of the footage from ‘The Cage’.

In ‘Part I’, Spock commits a crime of mutiny as he kidnaps his former captain Christopher Pike aboard the Enterprise. Very soon, the Enterprise is on a programmed course to Talos IV, a forbidden planet in Starfleet records. Captain Kirk with the help of Commodore Mendez pursue after the ship.

I found it surprising and interesting that Spock would commit such an act of treachery against Captain Kirk and everyone else. It seems out of character and rather emotional on his part, since he’s logical and doesn’t tend to display emotions. But there’s a purpose and reason why Spock’s doing it.

It was gripping to see how Spock manages to think everything out with computer tapes and pre-recorded messages by Captain Kirk to convince everyone when trying to take control of the Enterprise to set off to Talos IV. It comes with a cost, as Spock is soon arrested and court-martialled.

In the story, the Enterprise arrives at Starbase 11 and Kirk, Spock and Bones meet Commodore Mendez after receiving a message from former Captain Christopher Pike. But when they meet Captain Pike, he’s revealed to be in a wheelchair and mutilated following a really dangerous mission.

Captain Pike in his wheelchair state can’t speak and can only answer with ‘yes’ and ‘no’ via a lighting system. Pike refuses to see Kirk and the others until Spock requests to speak to him alone. Spock reveals to Pike that he has come to take him to Talos IV, even though it violates Starfleet regulations.

Malachi Thorne guest stars as Commodore Jose I. Mendez. Mendez is a well-mannered Starfleet authoritative figure who is quite put out that Kirk received faked orders about Captain Pike. He’s also put out when Spock programmes a direct course for Talos IV that’s forbidden in Starfleet regulations.

Leonard Nimoy delivers a superb performance as Spock in these two episodes. It’s interesting to see how Spock thinks when he’s committing these acts of mutiny against Captain Kirk. He states that he’s doing it in order to save the career of Captain Kirk and of Captain Pike, but he won’t reveal why.

It is during his court-martial that Spock reveals his evidence for his actions. This is where the footage of ‘The Cage’ episode comes into play. Spock actually plays ‘The Cage’ episode to Kirk and Mendez during the trail. They see the original adventure of Captain Pike as a younger man from 13 years ago.

In the episode, the Enterprise led by Captain Pike receives a distress call from Talos IV. They eventually respond to it and find the survivors of a survey ship that was missing from years ago. But it all turns out to be a trap and Captain Pike is captured by these mind-reading aliens who want him.

The trial of Spock and ‘The Cage’ episode eventually transcends into ‘Part II’. The story gets told about how Pike gets locked up in a cage by the Talosian aliens. They experiment on Pike by creating sexual dreams and fantasies on him with a girl called Vina in order to get him aroused and procreate.

It should be noted that Leonard Nimoy as Spock was the only ‘Original Series’ cast member to be appear in ‘The Cage’ from the very beginning. Seeing Spock as a younger man with Pike was interesting, especially as he was seen to be smiling in the episode which he never does in the series.

Jeffrey Hunter stars as Captain Christopher Pike in ‘The Cage’ episode. Pike is a different contrast to Captain Kirk as a captain of the Enterprise. Pike is more self-doubting and belligerent compared to Kirk. He also doesn’t like being caged up as he tries to resist the temptations of Vina in this episode.

Susan Oliver stars as Vina in ‘The Cage’ episode. Vina is easily attracted to Pike when she first meets him and she tries to win his affections and attention towards her. She’s used by the Talosians to get Pike interested in her and she even does this by appearing to him as a green-skinned Orion slave girl.

It was interesting to see the dreams and illusions Captain Pike sees as they reveal more about his character when he’s with Vina. This includes being on the planet Rigel IV and fighting a terrifying warrior monster. There is also being on Earth with a picnic and horses and also on the Orion colony.

There’s also John Hoyt as Dr. Phillip Boyce, who was the starship’s chief medical officer aboard the Enterprise. Boyce is an interesting interpretation of the doctor compared to Dr. McCoy. There’s also Laurel Goodwin as Yeoman J.M. Colt who joins Majel Barrett’s Number One to rescue Captain Pike.

And there are the Talosians, led by Meg Wyllie as the Keeper. The Talosians are an interesting race of aliens, as they have big heads with giant brains inside and look very disturbing. They’re telepathic and can create convincing illusions for humans. They perform their tricks on Captain Pike in his cage.

By the end of ‘The Cage’ story, Captain Pike sees the true form of Vina and learns what happened to her when she crashed onto the Talos IV. Vina’s beauty is created as an illusion by the Talosians after they put her back together again. Pike asks the Valosians to give back her beauty before he leaves.

The story ends rather surprisingly with a twist for Captain Kirk. After seeing the trail evidence from ‘The Cage’ episode, Kirk realises that Commodore Mendez was never there aboard the Enterprise. Very soon, Spock is freed of all charges of mutiny and Captain Pike gets to stay on Talos IV with Vina.

‘The Menagerie’ is an interesting two-part story that makes good use of ‘The Cage’ pilot episode of ‘Star Trek’. It is a rather unusual two-parter, but I like how Gene Roddenbery makes use of the original pilot episode for the TV series with having Captain Kirk involved in it as well as Mr Spock too.

The DVD special features for ‘The Menagerie’ episodes are as follows. On Disc 3 of both the original and re-mastered DVDs of ‘Star Trek: The Original Series – Season 1’, there are preview trailers for the two episodes.

On Disc 3 of the original DVD of ‘Star Trek: The Original Series – Season 1’, there are text commentaries on the two episodes by Michael and Denise Okuda..

On Disc 3 of the re-mastered DVD of ‘Star Trek: The Original Series – Season 1’, there’s the documentary ‘Reflections on Spock’.