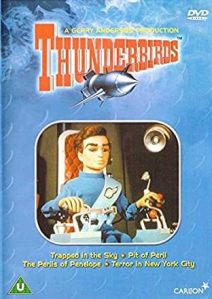 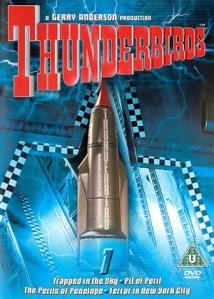 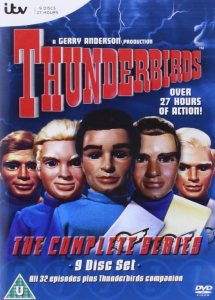 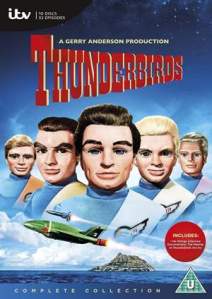 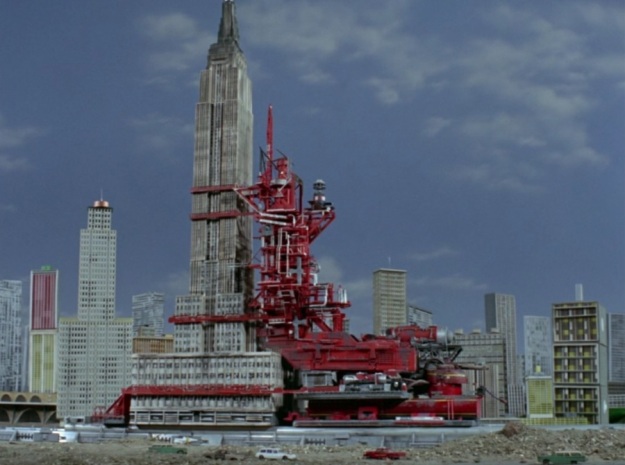 This is another gripping ‘Thunderbirds’ episode full of disaster! It might be surreal to watch it today considering this TV episode was made in 1965 before a tragic incident occurred in New York in 2001.

The episode begins with International Rescue dealing with a fire at one of the pumps of an oil field. We’re introduced to the Firefly, a pod vehicle that’s contained inside one of the Thunderbird 2 pods.

We only see the Firefly for a bit as we’re coming to the end of a rescue mission for Scott and Virgil. Don’t worry. We’ll see the Firefly properly in action along with the Mole in the episode ‘City of Fire’.

Incidentally, the first time I saw this episode, it was part of the ‘Countdown to Disaster’ VHS compilation. It had this episode and ‘Atlantic Inferno’. A few scenes were cut out in the compilation.

The TV news reporter is Ned Cook (voiced by Matt Zimmerman). His cameraman is Joe (voiced by David Graham). Ned tries to get away with filming Thunderbird 1 as it leaves, but he isn’t so lucky. 😀

Scott is able to pick up the filming of Thunderbird 1 with its automatic camera detector. He orders Ned to destroy the film. Ned refuses. Scott electromagnetically wipes the videotape in Joe’s camera.

Thunderbird 2 gets attacked by a flurry of missiles before it gets hit and it plunges down into the sea. Thankfully the Sentinel stops its attack and Virgil wakes up and stops Thunderbird 2 from crashing. 🙂

But the danger isn’t over with Virgil injured and he crash-lands his stricken craft on the Tracy Island runway. Thankfully, the Tracy family are able to fire foam onto Thunderbird 2 to prevent it crashing.

With Thunderbird 2 out of action and Virgil bed-bound, there’s fear of another rescue attempt where Thunderbird 2 is needed. It’s the case as the Empire State Building in New York gets moved. 😐

During the move, there is subsidence in the ground and the building collapses. News reporter Ned Cook and cameraman Joe also gets trapped with underground rivers rising when reporting the story.

Seeing those images of collapsing buildings like the Empire State Building in New York does put me in mind of the 9/11 attacks with the World Trade Centre towers collapsing. It’s eerie and unnerving.

Very soon, it’s up to Gordon Tracy in Thunderbird 4 in order to rescue Ned Cook and cameraman Joe from the underground rivers in New York. This is the first time we’re introduced to Thunderbird 4. 🙂

It’s very tense when the Fulmer Finance Building is gradually collapsing whilst Gordon is rescuing Ned and Joe in Thunderbird 4. Thankfully he does rescue them, but barely as the building collapses.

The episode concludes with Ned alive and well on his ‘Ned Cook Show’. Ned starts off by saying a word of thanks to International Rescue, not realising the Tracy family are there among the audience.

This episode also introduces us to Grandma Tracy who’s there with the Tracy family, Tin-Tin and Brains in the audience. And she doesn’t say a word. Fortunately she does speak in the later episodes.

‘Terror In New York City’ is a very gripping episode in the ‘Thunderbirds’ series and one I have vivid memories of watching as a kid. I used to re-watch ‘Thunderbirds’ episodes again and again on VHS. 🙂

On Disc 1 of the complete series of ‘Thunderbirds’ on DVD, the SUPER FEATURES include the ‘F.A.B. Fact Files’ on the characters of the series; a ‘Quiz Your Brains’ game by Brains; and a ‘Thunderbirds Rom’ feature which is an in-depth image of Thunderbird 1 to access via a PC or a laptop.