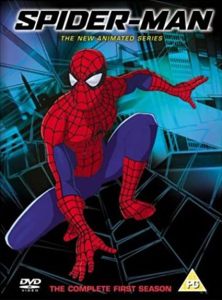 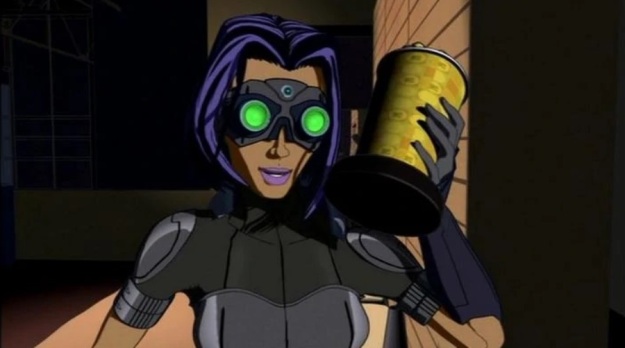 In this ‘Spider-Man’ episode, our webslinger meets a cat burglar called the Talon, later revealed as Cheyenne Tate (voiced by singer/actress Eve). I’m surprised this wasn’t the Black Cat/Felicia Hardy in the episode. But I suppose they didn’t have the rights to include Black Cat in this ‘Spider-Man’ series.

Anyway, Spidey catches Talon/Cheyenne during a high-risk robbery within New York City itself. She’s a swift and agile person as well as being smart. At one point, Spidey manages to get her goggles off and he gets to see her face. Unfortunately, he’s unable to catch her. It isn’t the last that he’ll see her.

Over the next few days, Harry gains a new girlfriend. Peter and MJ are excited by the news and Harry offers to introduce her over dinner – and he’s cooking! Eventually, when they meet his new girlfriend, Peter sees that it’s Cheyenne. Peter is pretty unsettled by this new girl that Harry is seeing.

I like how Peter’s friendship with Harry gets put into question in the episode. He struggles to tell his best friend the truth about his new girlfriend. He also tries to find a way as Spider-Man to get through to Cheyenne in order to change her ways and end her crimes to avoid hurting loved ones. 🙂

MJ can’t understand Peter’s mistrust of Cheyenne when Harry seems to be really into her. In some way, Peter manages to get through to Cheyenne when he’s webslinging as Spider-Man. For one thing, Cheyenne cancels a ‘flight’ in order to spend time with Harry. So, this must be something here.

The episode concludes with Spider-Man and Talon caught in a confrontation with the police before Spidey calls out Cheyenne’s name. Cheyenne is freaked out by this and soon disappears. Next day, Harry receives a phone call from Cheyenne, telling him she’s leaving town, never to be seen again. 😦

Incidentally, Jennifer Hale, who does the voice of the female reporter in this episode as well as in ‘The Party’, voiced Black Cat/Felicia Hardy in the 1990s ‘Spider-Man’ animated series. How come she didn’t get to play Black Cat in this?! 😀 Otherwise, this was an enjoyable and insightful ‘Spidey’ story.