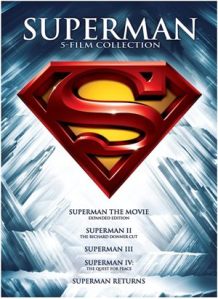 ‘SUPERMAN IV: THE QUEST FOR PEACE’

At last! I’ve seen ‘Superman IV: The Quest For Peace’! And guess what?! I really enjoyed it! It has to be one of my favourite superhero movies from the ‘Superman’ series. No, seriously! I mean it here!

‘Superman IV’ is regarded by the critics as the worst ‘Superman’ movie ever made and was a commercial failure. But I honestly found myself enjoying this for the first time in the DVD collection.

The criticism laid on ‘Superman IV’ is for its poor special effects and dodgy action sequences. Yes, the special effects for this movie aren’t good. But I can excuse it for that as I found the story rather intriguing.

I also found ‘Superman IV’ way better than ‘Superman III’. That would have to do with the fact that Lois Lane was featured in the film more and that it also featured the theme of nuclear disarmament.

I found the theme of nuclear disarmament interesting and thought-provoking to watch in this movie. We’re still no better than where we were with nuclear arms in today’s society compared with 1987.

‘Superman IV’ has the caped wonder helping to make the world safe from nuclear arms. But trouble is afoot as Lex Luthor returns to finish off Superman and builds the terrible menace of Nuclear Man.

This film is now directed by Sidney J. Furie, his first and sadly only contribution to the ‘Superman’ film series. The film was made in 1987 and is sadly Christopher Reeve’s final appearance as Superman.

Christopher Reeve also contributes to the story of ‘Superman IV’ as well as star in it. I enjoyed Reeve’s final appearance as Clark Kent/Superman, who intends to save the world from nuclear arms.

There’s a lot going on for Superman in this when he’s stopping nuclear arms weapons; having some dates with Lois Lane and fighting the menace of Lex Luthor and Nuclear Man. It all gets very exciting.

Margot Kidder returns as Lois Lane in the movie. I was so pleased to see Lois more in this movie compared to her reduced role in ‘Superman III’. She shares some nice scenes with Superman in this.

She also shares some nice scenes Clark Kent too, especially when he’s ill and she clearly cares for him as well as Superman. I just wish Lois remembered Clark was Superman before she forgets ‘again’!

Gene Hackman returns as Lex Luthor in this movie. I’m very pleased Lex Luthor returns for this final instalment of the ‘Superman’ film series with Christopher Reeve, as it feels right to have him in this.

Lex Luthor also has a nephew named Lenny Luthor, played by Jon Cryer. Not sure how Lex got a nephew anyway and where Lenny came from. Gene Hackman is also the voice for Nuclear Man here.

Mark Pillow stars as Nuclear Man in this movie, created by Lex Luthor. I found those fight scenes between Superman and Nuclear Man quite frightening, even when they fight on the moon surface. 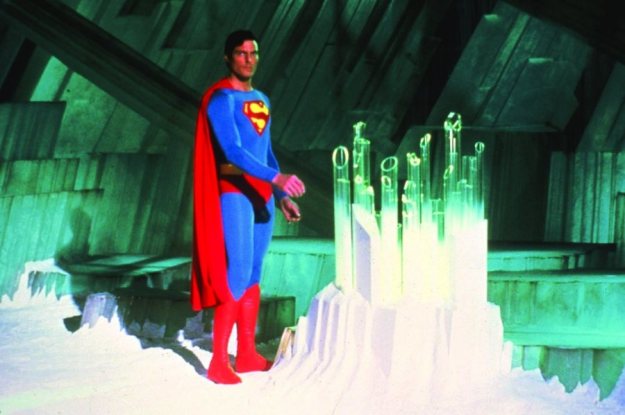 By the way, just a minute! I recognised someone in this ‘Superman’ movie that made me over the moon. That was Stanley Lebor as General Romoff, who was in the BBC sitcom series, ‘Ever Decreasing Circles’!

‘Superman IV: The Quest For Peace’ has been a joy to watch. It’s sad it’s the last film of the series with Christopher Reeve as Superman, but I don’t think the film is awful as people make it out to be.

I wish that there was a ‘Superman V’ after this movie. Sadly that didn’t happen due to the failure of ‘Superman IV’ and Christopher Reeve was soon paralysed. He will always be my favourite Superman! 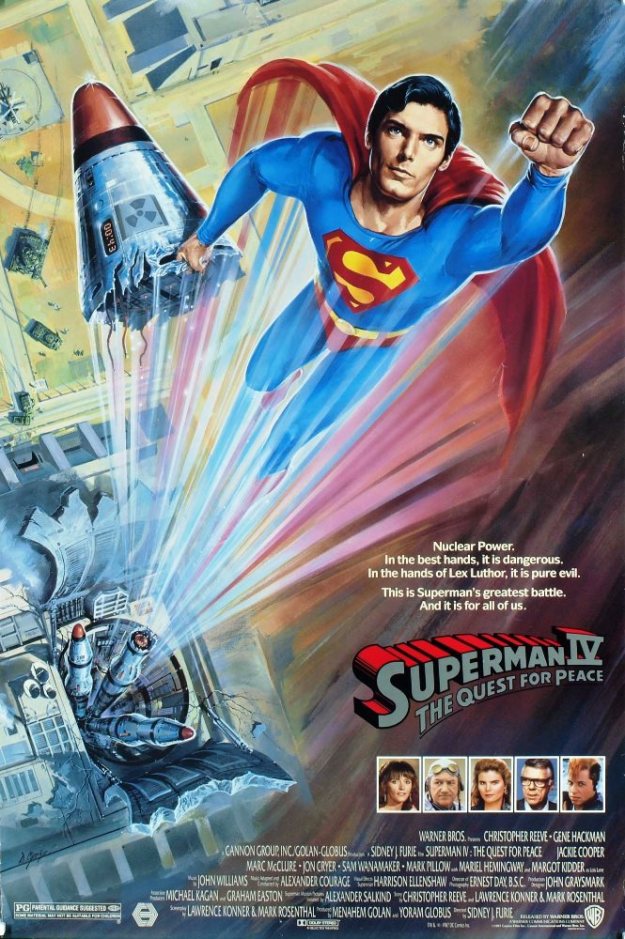 The DVD special features are as follows. On the Deluxe DVD of ‘Superman IV: The Quest For Peace’, released in 2006, there’s a commentary by screenwriter Mark Rosenthal, some deleted scenes and a theatrical trailer of the movie.

2 thoughts on “‘Superman IV: The Quest For Peace’ (Film)”