‘Superman Returns’ was the first ‘Superman’ movie I saw at the cinema in 2006! Honest! I have fond memories of seeing this ‘Superman’ movie! It’s not the greatest ever made, but I greatly enjoyed it.

This ‘Superman’ movie stars Brandon Routh as Clark Kent/Superman, his first and only contribution to the film series. This film is also directed by Bryan Singer, who directed the first two ‘X-Men’ films.

I find this to be a rather underrated ‘Superman’ movie made in the franchise. Whilst the action sequences are great, this tends to be more a pastiche of what was in the original ‘Superman’ movies.

There are a lot of continuity references made to the first two ‘Superman’ movies being put into this movie. It doesn’t feel like ‘Superman Returns’ has its own identity, apart from being quite darker. 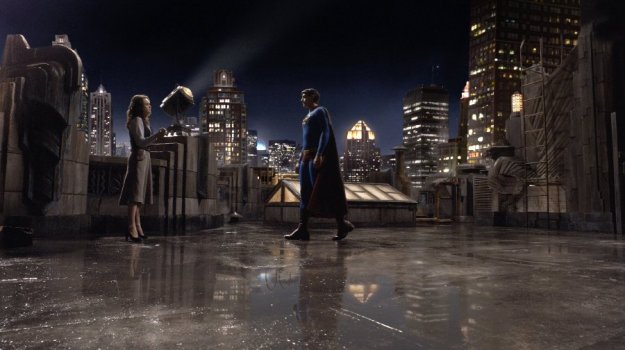 Also, and this is quite a valid point! If ‘Superman Returns’ is set after ‘Superman II’, shouldn’t this movie been set in the 1980s, not in 2006? The technology used in the film looks very advanced here.

For example, Lois Lane uses a mobile phone in the movie. If this movie is set after ‘Superman II’, shouldn’t mobile phones be bigger for the 1980s since Lois’ mobile looks smaller for the film in 2006?

Another thing about the movie that bothers me is that the story’s pacing tends to be rather slow in places. I liked the character interaction in the movie, but it didn’t feel exciting and pacey as it should.

Director Bryan Singer shows his love for ‘Superman’ when he’s directing this film. Bryan actually dropped out of directing ‘X-Men: The Last Stand’ in favour of directing ‘Superman Returns’ instead.

Brandon Routh is pretty good as Superman/Clark Kent in this movie. Brandon has a tough act to follow after Christopher Reeve and it seems he tried recreating him in his performance as Superman.

Kate Bosworth stars as Lois Lane in this ‘Superman’ movie. Kate is lovely and delivers a decent performance as Lois. But I don’t think she matched the same charm with Lois as Margot Kidder did.

Kevin Spacey stars as the villainous Lex Luthor in ‘Superman Returns’. Kevin is brilliant as Lex and he clearly relishes the character, balancing the humour, charm and menace of the character in the film.

James Marsden stars in this movie as Richard White, the nephew of ‘Daily Planet’ editor Perry White. Bryan Singer cast James, as he was Cyclops in the ‘X-Men’ films. Richard is Lois Lane’s fiancée in this.

There’s Parker Posey as Kitty Kowalski, who is like a Miss Teschmacher character for Lex Luthor. There’s also Frank Langella who plays Perry White and Sam Huntington as Jimmy Olsen in the movie.

The film also features Marlon Brando as Jor-El, Superman’s father in the movie. Of course this is really film footage from ‘Superman: The Movie’ being used in ‘Superman Returns’ with CGI effects.

There’s also Eva Marie Saint (who was in ‘North by Northwest’) as Clark Kent’s mother, Martha. And there’s Tristan Lake Leabu as Jason White, Lois Lane’s son. Is Jason the son of Richard White or not?

‘Superman Returns’ is a pretty underrated film in the ‘Superman’ film franchise. I wouldn’t consider it as part of the Christopher Reeve series of movies, but it’s meant to be a love letter to that film era.

I’m pleased that ‘Superman Returns’ was dedicated to Christopher Reeve and also to Dana Reeve. 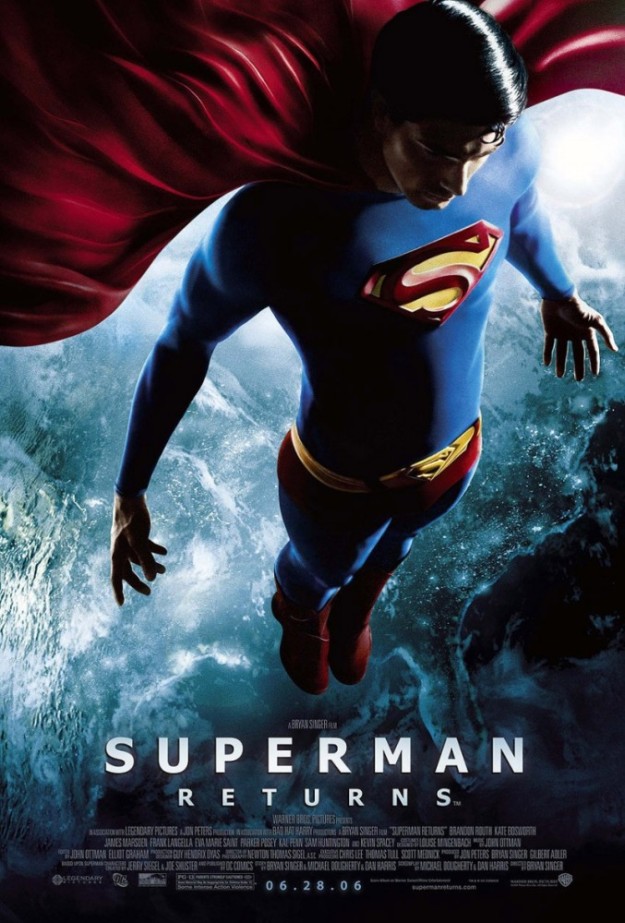 The DVD special features are as follows. On Disc 2 of the 2-disc DVD of ‘Superman Returns’, there’s the five-part documentary ‘Requiem For Krypton: The Making of ‘Superman Returns’. There’s also ‘Resurrecting Jor-El’; deleted and extended scenes; a trailer gallery and an Easter Egg.

‘The Superman 5-Film Collection’ has been an enjoyable collection of movies featuring one of my favourite superheroes. The Christopher Reeve era of ‘Superman’ is my favourite! Whilst ‘Superman Returns’ is pretty underrated, it is still worthy to add to this movie series of ‘Superman’.