‘DANNY THE CHAMPION OF THE WORLD’

Pheasants with Danny Smith and his Dad

My Dad read the book to me first before we saw the TV movie!

Roald Dahl is well-known for writing fantastical children’s stories like ‘Charlie and the Chocolate Factory’, ‘James and the Giant Peach’, ‘Matilda’ and ‘The BFG’. But it’s also easy to forget that Roald Dahl also wrote children stories he based on the real-life experiences he had as a kid when he grew up.

One of these children stories is of course ‘Danny the Champion of the World’. This story features no fantasy elements in it as it’s a straight-forward story of a young boy named Danny and his loving father who live in a caravan. They try to save their home from an evil landowner who plots to buy it. 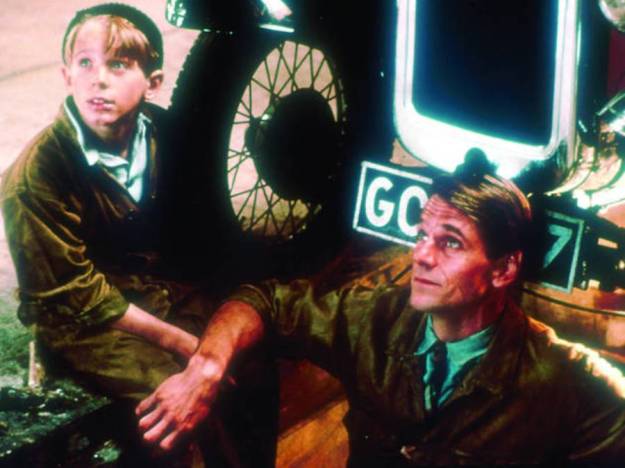 My Dad read the story of ‘Danny the Champion of the World’ to me as a kid when he borrowed the book from the library. I recall the story vividly as my Dad read to me. Years later, my parents and I saw a theatre production of ‘Danny’ at the Sherman Theatre in Cardiff way before Christmas in 2004.

And of course we saw the 1989 TV movie starring Jeremy Irons with his son Samuel Irons as Danny as well as Robbie Coltrane as the villainous Victor Hazell. This is such a faithful adaptation of the original novel by Roald Dahl that it has now become one of my Mum’s favourite children’s films ever.

My Dad also likes it and I like it too. But it’s not your typical outstanding Roald Dahl children’s film with fantastical elements like you’d get with ‘Willy Wonka & The Chocolate Factory’ and ‘James and the Giant Peach’. Don’t get me wrong. Like I said, it is a faithful adaptation of the original novel.

But comparing it to other film adaptations of Roald Dahl’s books, this one is tamer in terms of tone and style. The direction of the film feels like a standard British drama. I’m not sure whether kids would get excited by seeing this film, but this is certainly straight-forward and down-to-Earth indeed.

The film’s setting is in 1955. This is quite a unique setting as most film adaptations attempt to do a contemporary setting for a Roald Dahl story. ‘Danny the Champion of the World’ and ‘James and the Giant Peach’ are notable exceptions to that rule, since they mainly have this 1950s setting for them.

I actually like the rural countryside 1955 setting of ‘Danny the Champion of the World’. There is a sense of a quirky community feeling, especially with the local village people that Danny and his Dad interact with. This is mostly significant in how our heroes defeat the villainous efforts of Victor Hazell.

It’s interesting that this was a TV movie, not an actual theatrical film released at cinemas when it was shown in 1989, the year I was born. The film was released by a combination of three companies including Thames Television, the Disney Channel and PorchLight Entertainment. It’s super intriguing!

By the way, there is a family unit feel to this TV movie, especially with the cast. Jeremy Irons stars in the film with his son Samuel Irons and they play the main leads of father and son. There’s also Cyril Cusack, who is Jeremy Irons’ father-in-law and Samuel Irons’ grandfather. All families together here!

Samuel Irons of course is the star of the story as Danny Smith. I really like Samuel’s performance as Danny, since it comes across as honest and kind-hearted. You believe that this is Danny from the book and it was lovely to see the scenes where he rescues his Dad and assists to defeat Victor Hazell.

Robbie Coltrane stars as the villainous Victor Hazell in the film. This is before Robbie Coltrane became well-known as Hagrid in the ‘Harry Potter’ film series. Robbie’s performance as a villain is pretty good. There are hints of humour but Robbie delivers that character with a serious, cynical edge also.

Cyril Cusack is the special guest star of this film, playing Doc Spencer. Clearly the Doc is on the side of Danny and his Dad. He helps when Danny injures his leg from a visit to Hazell’s Woods. He also provides the sleeping pills Danny and his Dad require and put Hazell’s pheasants to sleep on his land.

Lionel Jeffries stars as Mr. Snoddy, the Headmaster at Danny’s school in the film. I checked him up online and apparently he was in the film ‘Murder Ahoy’ with Margaret Rutherford. How amazing is that?! Mr. Snoddy is this kind-hearted and not your typical headmaster since he carries a flask with him.

Ronald Pickup stars as Captain Lancaster, Danny’s nasty teacher at school. Ronald Pickup also did the voice of Aslan in ‘The Chronicles of Narnia’ BBC series as well as guest star in the ‘Doctor Who’ story, ‘The Reign of Terror’. I didn’t like Captain Lancaster in the book and still don’t like him in the TV film.

The rest of the actors in ‘Danny the Champion the World’ play relatively small roles in the film. One of the things I’ve noticed about this TV movie is how amazingly English/British the cast is. Some of the actors in this movie are ones that I would recognise later on in various other TV shows and films. 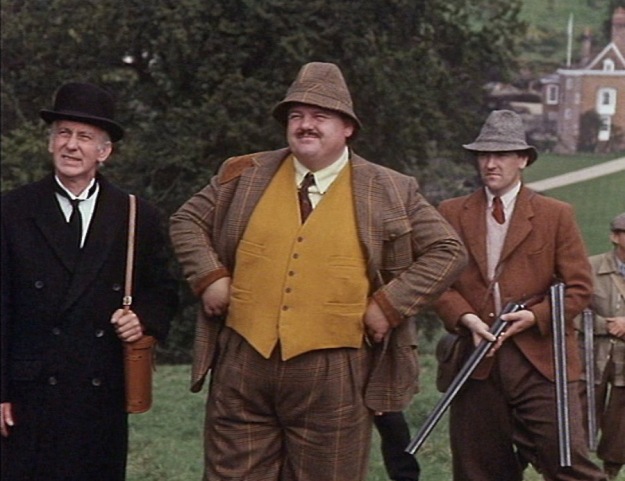 Michael Horden stars as Lord Claybury, one of Victor Hazell’s party for the pheasant shooting on his grounds. Michael Horden played Gandalf in ‘The Lord of the Rings’ radio series as well as Scrooge in the 1977 BBC adaptation of ‘A Christmas Carol’. I enjoyed it when his character shot a sparrow here.

Jean Marsh stars as Miss Hunter, a social worker with John Grillo as Mr. Parker who come to inspect Danny and his Dad’s caravan. For me, Jean Marsh played short-time companion Sara Kingdom in the ‘Doctor Who’ series. I was delighted to see Jean in this and how she thanked Danny during one scene.

Jimmy Nail stars as Rabbets, Victor Hazell’s Head Gamekeeper as well as William Armstrong as Springer. These two are Victor Hazell’s henchmen in the film. It was amusing when these two blundered in leaving Danny’s Dad to be rescued. I did like it when Hazell got angry with them for that.

And there’s John Woodvine who plays Tallon, another one of Victor’s party for the pheasant shooting. John Woodvine was also in the ‘Doctor Who’ story, ‘The Armageddon Factor’ with Tom Baker. Tallon works with Hazell to get the land he wants for this ‘new town’ before he learns the truth.

It was fun to see the caravan in this film, which is actually called vardo. I remember my Dad reading those scenes of the descriptions of the vardo as well as the petrol filing station Danny and his Dad ran by Roald Dahl. This seemed to match perfectly in the book as I watched the film with my parents.

There’s this theme of poaching and pheasants throughout the film which was based on Roald Dahl’s childhood experiences with his family apparently. This is especially when Danny’s Dad goes out at night for poaching and the number of pheasants Victor Hazell has on his lands as well as in his woods.

I like how the build-up is made with pheasants loving raisins by Danny’s Dad and how Danny comes up with the solution to thwart Victor’s Hazell’s plans by putting some sleeping pills into the raisins to steal the pheasants. This is essentially what makes Danny that ‘champion of the world’ for this story. 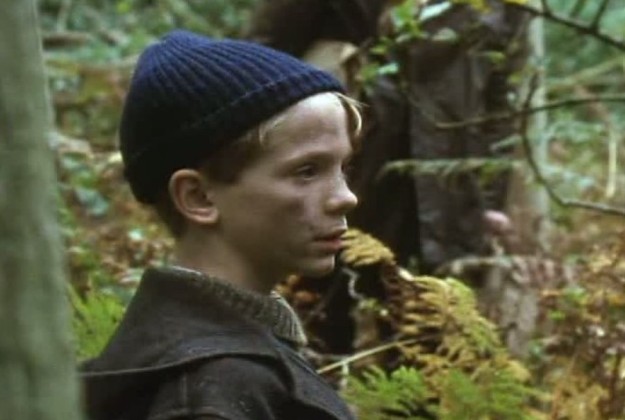 The DVD special features are as follows. There’s ‘Danny and the Dirty Dog’ which is a making-of documentary of the film itself and was presumably made in 1989. It features interviews with Jeremy Irons, Robbie Coltrane, Samuel Irons, Cyril Cusack and the original book’s author Roald Dahl himself.

‘Danny the Champion of the World’ is a quaint children’s film that is so well-adapted from the original 1975 book by Roald Dahl. It has a charming quality to it that is so uneasy to resist when watching it. I’m glad I saw this TV film adaptation. It did give me happy memories from watching it years later.

I recall the tale well from my Dad reading the original book to me and it helped me to pick up on the plot of the story from watching the film. Jeremy Irons and his son Samuel definitely stand out as the main leads in the film and you can tell they enjoyed working together as father and son in the story.