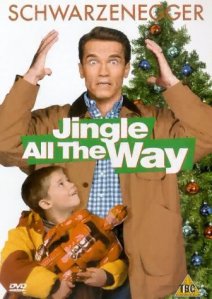 ‘JINGLE ALL THE WAY’ 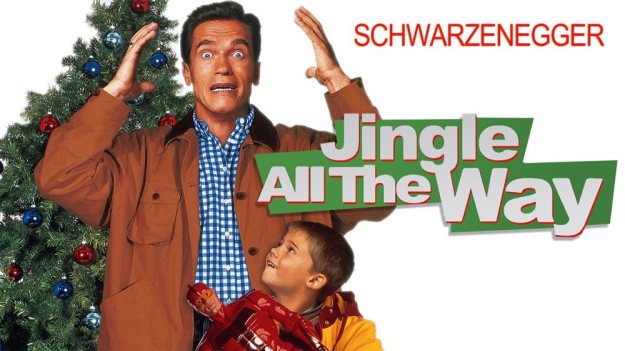 This is the type of Christmas film that I enjoy watching!

‘Jingle All The Way’ is a 1996 Christmas film starring Arnold Schwarzenegger. For many, Arnold Schwarzenegger starred in the ‘Terminator’ films as well as ‘Eraser’. He was also Mr. Freeze in ‘Batman & Robin’, though some of you would rather forget that. This was my first experience of him.

Yes! This was my introduction to Arnold Schwarzenegger. This Christmas film stars him as Howard Langston, a father who promises to get his son a Turbo Man action figure for Christmas. I love watching this film at Christmas time. It may not be to everybody’s tastes, but it is fun entertainment. 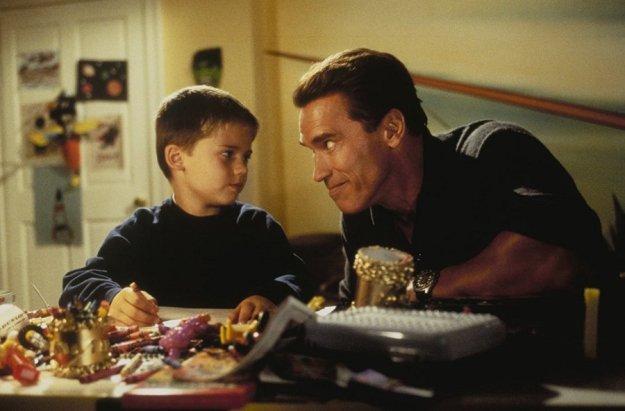 This film is personally special to me and my family because it reflects a real-life situation my parents had. Yeah! One Christmas, I wanted a Buzz Lightyear action figure from ‘Toy Story’. My parents had a similar experience to Schwarzenegger’s character getting the toy on Christmas Eve. I joke you not!

I had no idea I put my parents through that experience of getting the Buzz Lightyear toy at the last minute on Christmas Eve. It was after seeing this film that my parents told me about it. I can watch this film and see the funny side of how my parents got me a Christmas present I wanted so much. 😀

The film has plenty of laugh-out-loud moments and whilst some are over-the-top and ridiculous to beg belief, I couldn’t help but enjoy it for its entertainment value. I like the moral messages featured in this film and how Arnold Schwarzenegger’s character tries to please his son to get him Turbo Man. 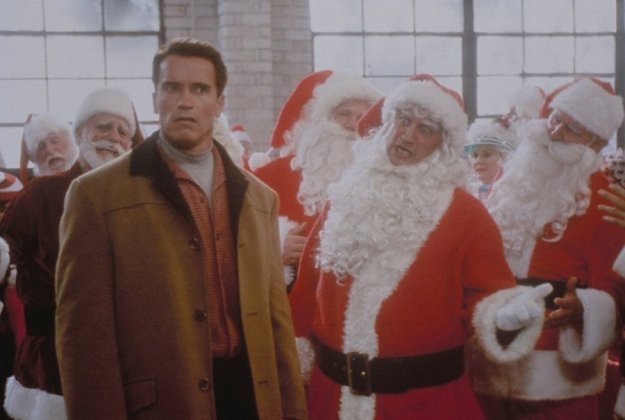 Turbo Man is a widely popular TV superhero in the movie. It’s similar to ‘Power Rangers’ and other action-packed superheroes we know and love. I remember being excited by ‘Power Rangers’ at the time, especially as ‘Power Rangers Turbo’ was on TV when I was growing up as a kid during the 1990s.

Anyway, Howard Langston’s son, Jamie, wants to have a Turbo Man action figure for Christmas. This becomes a nightmare for Howard since he forgot to purchase the toy before Christmas. That’s because Howard’s a workaholic and has let down Jamie on occasions when he should’ve been there. 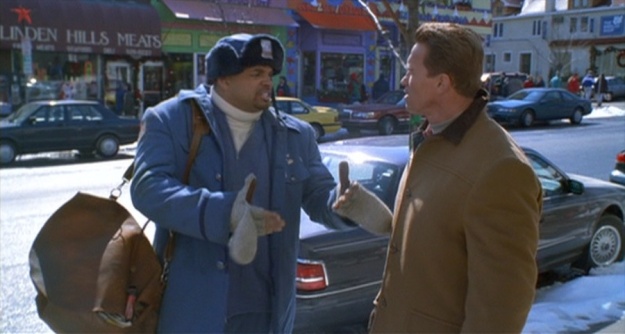 During Howard’s quest, he meets up with Sinbad as Myron Larabee, a mailman who also wants to get a Turbo Man action figure for his son on Christmas Day. I have to say, Myron can be pretty over-the-top and annoying when Howard meets up with him. In fact, they keep bumping into each other.

Yeah. Just when you think Howard has seen the last of Myron, he keeps coming across him in his search for a Turbo Man action figure. At one point, Myron suggests that he and Howard team up to find a Turbo Man. But Howard says ‘no’ and who can blame him as the two seem pretty competitive.

Now don’t get me wrong, there are some funny moments with Myron to enjoy. The scenes where Myron has bombs disguised as packages are pretty funny. One of them even goes off. But it’s just so strange to see these coincidences of Howard and Myron meeting up during the events of the movie. 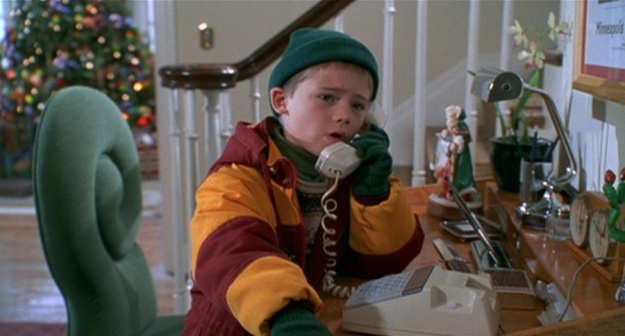 The boy star of this movie is Jake Lloyd as Jamie, Howard’s son. Now if you wonder who Jake Lloyd is, just think of him as a little boy on Tatooine. That’s right! Jake Lloyd would later play young Anakin Skywalker in ‘Star Wars: Episode I – The Phantom Menace’. He’s done well for himself, hasn’t he? 😀

In the film, Jamie wants his dad to be there for him and keep his promises. He gets disappointed when his dad doesn’t turn up to his karate class one night but hopes that his dad will turn up to the local Christmas parade as well as get him a Turbo Man action figure. Will Howard keep his promises?

The film also features Phil Hartman as Ted Maltin, Howard’s next door neighbour. Like Schwarzenegger, this was the first time I’d seen Phil Hartman in anything. I would later see Phil Hartman in ‘Sgt. Bilko’ starring Steve Martin and also in ‘Small Soldiers’ before he sadly passed away. 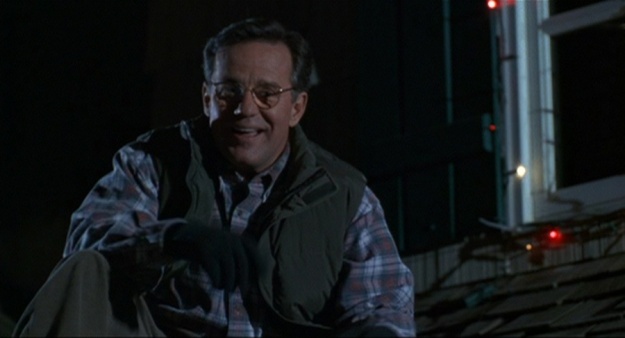 Ted is like the ‘perfect’ guy in the neighbourhood that Howard can never be. He’s a ‘superdad’ for his son E.J. De La Pena as Johnny, and seems to win over the ladies very easily. He’s also divorced and tries to hit it on with Howard’s wife, Liz, whenever she’s in the kitchen baking plenty of cookies.

I got to say, I love that phone-call scene where Howard tries to get hold of Liz but Ted answers instead. Ted goes on about how much he loves Liz’s cookies when he’s eating them and Howard bellows at him saying, “Put that cookie down! NOW!” How can someone not laugh at that moment?!

Rita Wilson stars as Liz Langston, Howard’s wife in the movie. Liz too gets disappointed when Howard doesn’t turn up to Jamie’s karate class as well as failing to keep his promises on other occasions. There’s a point when Howard goes too far stealing a Turbo Man and Liz is angry with him. 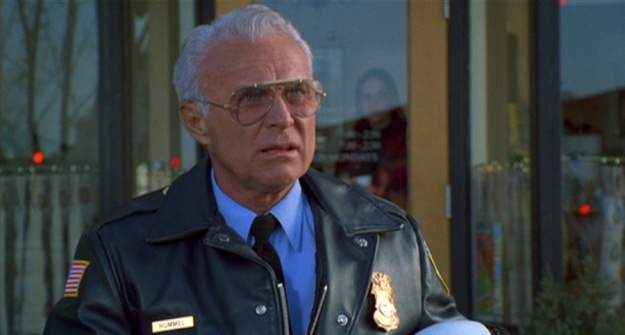 Robert Conrad stars as Officer Alexander Hummell of the local police force in the movies. I have to say this, but is he like the only police officer that Howard runs into in the movie? No, seriously! Every time Howard gets into trouble with the police, Hummell is always there! Is it coincidence again here?

Jim Belushi stars as a sleazy Santa impersonator in the movie who tries to sell a dodgy Turbo Man action figure to Howard. The scene where Howard fights a number of Santa impersonators, including a giant wrestler, was pretty amusing to watch. There’s even a ninja-styled Santa featured in the film.

Martin Mull stars as the radio KQRS D.J. (or Mr. Ponytail Man as Sinbad’s character Myron calls him). The D.J. gives an announcement that the KQRS radio station is willing to give away a Turbo Man figure to anyone who can list all of Santa’s reindeer. Howard and Myron go for this, but it’s not what they expect.

The parade sequence at the end of the movie was pretty exciting. It becomes action-packed when Arnold Schwarzenegger’s Howard gets dressed up as Turbo Man and gets to save Jamie whilst Sinbad’s Myron dresses up as arch-enemy Dementor. I wish I could dress up as a superhero like that. 😀 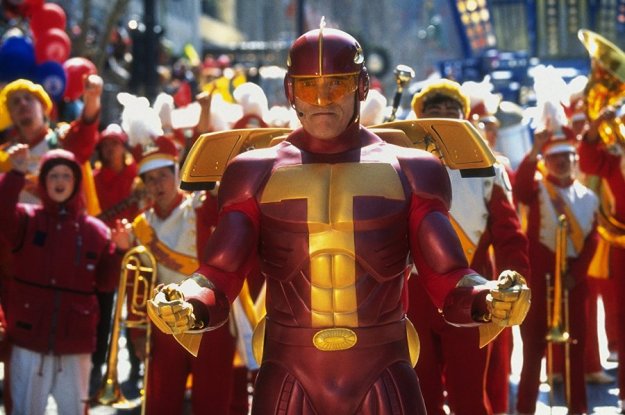 The DVD special features are as follows. There are cast/director mini-bio pages as well as an original theatrical trailer of the movie to enjoy. I wish there was a behind-the-scenes featurette or a making-of documentary with behind-the-scenes cast and crew interviews on the DVD. 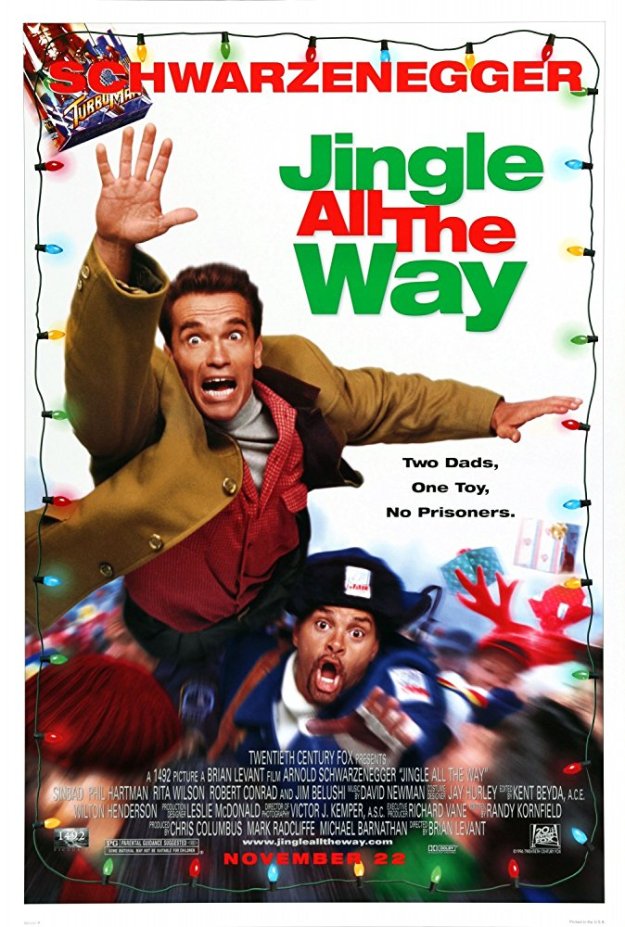 ‘Jingle All The Way’ is a fast-paced and a pretty engaging Christmas movie to watch. I love it for the Turbo Man parade sequence as well as Arnold Schwarzenegger playing the Dad trying to get the Turbo Man toy for his kid. I had no idea that I put my parents through that to get me Buzz Lightyear! 😀