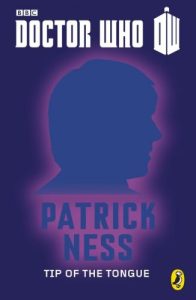 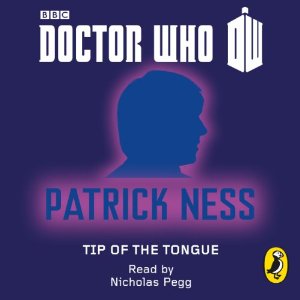 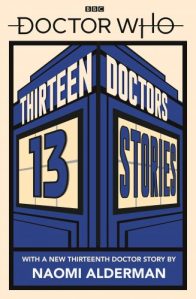 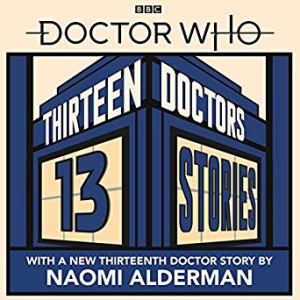 ‘TIP OF THE TONGUE’

Truth Tellers with the Fifth Doctor and Nyssa

The fifth story of the ‘Doctor Who’ Puffin e-shorts series is ‘Tip of the Tongue’ by Patrick Ness. Here’s a YouTube interview with Patrick Ness.

Patrick Ness has written books like the ‘Chaos Walking’ trilogy and ‘A Monster Calls’. Nowadays, he’s well-known for being the creator, executive producer and sole TV writer of the ‘Doctor Who’ spin-off TV series ‘Class’. I’ve yet to see ‘Class’, but I’d like to think it’s better compared to ‘Tip of the Tongue’. 😐

‘Tip of the Tongue’ features the Fifth Doctor and Nyssa. The story has no chapters. It’s set in Maine, 1945 and it mostly focuses on two youngsters Jonny and Nettie. The audiobook version of this story is read by Nicholas Pegg, well-known for being a Dalek operator in the new ‘Doctor Who’ TV series. 🙂

I would’ve preferred it if Sarah Sutton read the audiobook version of this story instead. I was really looking forward to reading ‘Tip of the Tongue’, especially since it featured the Fifth Doctor and Nyssa, my favourite TARDIS duo. I was so pleased they were chosen for this special Fifth Doctor tale.

Sadly, I found the story rather disappointing and underwhelming when I read/heard it. It does have an element of ‘Blink’ to it since the Fifth Doctor and Nyssa don’t appear much and make a pivotal brief appearance at the story’s climax to save the day. Not good in celebrating the Fifth Doctor era. 😦

Reading the story again, I appreciate the racism/prejudice themes with Jonny being a German Jew and Nettie being a coloured girl. The Truth Tellers concept could’ve been intriguing, but I would’ve preferred it if there was more interaction between the Fifth Doctor and Nyssa with Jonny and Nettie.