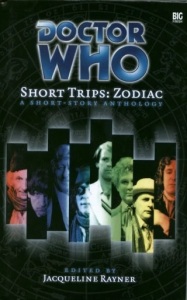 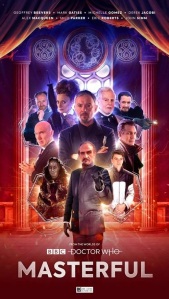 The Third Doctor and the Master switch bodies

This story is by Simon Guerrier and it features the Third Doctor, Jo Grant, the Brigadier, Mike Yates, Sgt. Benton and the Master. It was originally the seventh story in the ‘Short Trips: Zodiac’ anthology, published in 2002. It was later released as a subscriber Short Trip audio narrated by Duncan Wisbey.

This was available in June 2010, released free to subscribers whose subscription included ‘Legend of the Cybermen’. ‘The Switching’ audio was re-released in September 2017 as part of the ‘Short Trips Rarities’ range. Now the audio is available to hear on Disc 4 of the ‘Masterful’ limited edition box set.

I’m afraid I came away feeling very dissatisfied from hearing this Short Trip audio. This is because the story had a good premise to it with the Third Doctor and the Master switching bodies with each other, yet the tale felt very rushed in terms of its ending and it ended quite abruptly when I heard it.

For the Master, the story takes place between ‘The Dæmons’ and ‘The Sea Devils’ where he’s spending time in prison. The story seemed to go well with the Doctor being in the Master’s body and the Master being in the Doctor’s body. I was keen to give this story an 8/10 rating by the end of it. 😦

Sadly, it was quickly resolved once the Master’s temporary switching of bodies with himself and the Doctor ended with him being back inside his body at the prison he was imprisoned at. I didn’t pick up on this aspect of the story first. It was from reading the website pages for the story that I caught on it.

I thought the story was about to go somewhere with Mike Yates asking Jo Grant out on a date, which had been set up by the Master in the Doctor’s body as I’ve been able to gather. But then the closing theme music came up and I was disappointed. I had to listen to the story’s ending again to be sure. I later read the story in the ‘Short Trips: Zodiac’ book with the audio in the background to be doubly sure.