What do Peter Howell of the BBC Radiophonic Workshop and the ‘Doctor Who’ story ‘The Leisure Hive’ have in common?! 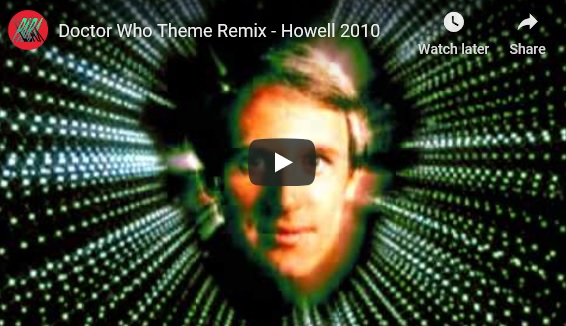 Sadly the YouTube video is unavailable due to copyright grounds. This is a temporary image.

Here today is a video of a Peter Howell tribute to his 1980s ‘Doctor Who’ theme music by Josef Kenny. The video was made in 2010. More versions of the Peter Howell theme music have been made since then, but I still get a thrill from listening to this tribute video of the familiar theme music.

The style of Josef Kenny’s version of the Peter Howell theme music is more dazzling and ‘glowing’ (if that’s the right word) compared to the original one. I wouldn’t use it for my own Fifth Doctor stories on ‘Bradley’s Basement’, but it would be interesting if it was used for the episodes of the new series.

Many prefer the original Delia Derbyshire theme music from the 1960s and 70s and some prefer the Murray Gold theme tunes from 2005 to 2010. I like both the 1980s theme by Peter Howell and the 2008 theme by Murray Gold, compared to some of the latest versions of the theme music for today.

The ‘Doctor Who Theme Remix – Howell 2010’ video is a great tribute to Peter Howell’s original ‘Doctor Who’ theme music from the 1980s. Whether you like it or not, it’s up to you. I personally like listening and dancing (sometimes) to this tribute version as I realise how much I love the 80s theme.

Find out what ‘Day 3 of ‘Bradley’s Basement’s Advent Calendar 2015’ was about!