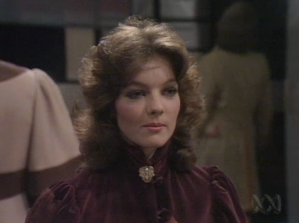 I’ve been revisiting some of my ‘Nyssa Challenge’ reviews lately and I’ve added some new photos of me meeting some of the stars of those stories from ‘Doctor Who’. These include posed photographs with the stars, as well as some signed photos by the actors of their characters featured in the stories.

I’ve also updated my reviews on ‘Arc of Infinity’ and ‘Snakedance’ by extending them with extra information. I’ve also added photos of Sarah Sutton being interviewed for documentaries in my ‘Arc of Infinity’ and ‘Terminus’ reviews. I’ve also added a glamour photo of Sarah Sutton/Nyssa from ‘The Keeper of Traken’, signed by Sarah at the ‘celebrate #50 – The Peter Davison Years’ convention in Chiswick, London in April 2013.

Check out these new photos and updates on my ‘Nyssa Challenge’ reviews and see how they enhance my personal thoughts and feelings about these ‘Doctor Who’ stories.

I hope you’ll enjoy them.