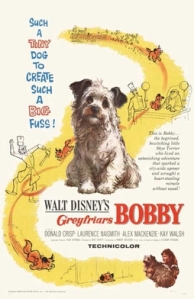 My parents and I are currently enjoying Season 2 of ‘The Muppet Show’ on Disney+. We decided to take a divergence for a bit recently by checking out the Halloween special called ‘Muppets Haunted Mansion’. It turns out it’s the Muppets’ first ever Halloween special. I enjoyed watching it on Disney+!

I wouldn’t say it was spectacular as it features pretty mundane Muppet stuff with comedic antics thrown in, mixed with spooky haunted house horror elements. At least it’s tame and not too scary, which is often the case for Halloween. I wished it was a full-length film rather than a 49-minute special.

As well as Gonzo and Pepe, other Muppets appear in the special like Kermit the Frog, Miss Piggy, Fozzie Bear, Dr. Bunsen Honeydew and Beaker, Slatler and Wardorf, Rowlf the Dog, etc. Most of the Muppet characters make appearances as ghosts when Gonzo and Pepe are at the Haunted Mansion.

There are also special guest stars like Will Arnett (LEGO Batman) as the Ghost Host, Yvette Nicole Brown as the Hearse Driver, Darren Criss as the Caretaker and Taraji P. Henson as Constance Hatchaway. Ed Asner also plays Ghost Claude in the special. 🙂 He did this shortly before his death. 😦

The story takes place in 19th century Scotland and it’s about a Skye Terrier called Bobby who’s loyal to his former master Alex Mackenzie as Auld Jock, even after his death and when he is buried. Two Scottish men compete for the affection of Bobby, and Bobby’s place in Edinburgh is decided upon. 😐

Donald Crisp stars as James Brown and Laurence Naismith stars as Mr. Traill. Brown is more uptight and abiding by laws concerning dogs sleeping in Greyfrair’s Kirkyard where Bobby’s former master is buried. Mr. Traill is more kindly to Bobby, especially when he feeds the dog food at his restaurant. 🙂

The rest of the cast includes Duncan Macrae as Sgt. Davie Maclean, Andrew Cruickshank as Lord Provost, Gordon Jackson (who later did ‘Upstairs, Downstairs’) as the Farmer, Rosalie Crutchley as the Farmer’s wife, Freda Jackson as the Old Woman Caretaker, and Moultrie Kelsall as a Magistrate.

There are also child actors like Vincent Winter as Tammy and Joan Juliet Buck as Ailie. Hamish Wilson also appears in this film, playing a character called Hamish. Hamish Wilson would later go on to play Jamie in the ‘Doctor Who’ story ‘The Mind Robber’. How amazing that he stars in this particular film.