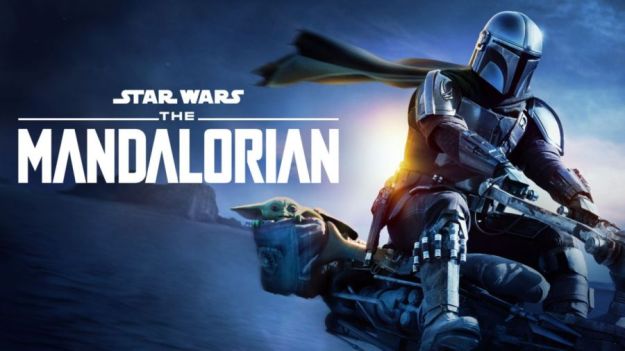 I’m in the ‘Star Wars’ mode lately! I’ve started re-watching the ‘Star Wars’ movies again, beginning with ‘The Phantom Menace’ and I’ve made a start on reading ‘Heir to the Empire’, the first of the original ‘Thrawn’ trilogy, which I’ll be reviewing soon for a future ‘Star Wars Review Season’ in 2021.

So, the first episode of Season 2 of ‘The Mandalorian’ happens to be ‘Chapter 9: The Marshal’. It’s written and directed by Jon Favreau, the series’ creator. I’m sure many ‘Star Wars’ fans are grateful to Jon Favreau for giving them compelling drama, action and adventure in a web show such as this. 🙂

I enjoyed ‘The Marshal’ very much when I watched it on Disney+. It definitely felt like a continuation of the series from watching the trailer to the opening recap of what happened in Season 1. I slipped back into ‘The Mandalorian’ nicely. It hadn’t even been that long since seeing Season 1 on Disney+. 🙂

In Season 2 of ‘The Mandalorian’, Pedro Pascal as the Mandalorian – ‘Mando’ – is tasked with searching for other Mandalorians to help him return the Child – Baby Yoda – to his people, who are called the Jedi. This is bound to lead him onto dangerous exploits, especially when he’s on the run. 😐

The Mandalorian first meets up with criminal Gor Koresh (voiced by John Leguizamo), who seems to know the whereabouts of other Mandalorians who know how to reunite Baby Yoda with his people. This is while Gor Koresh is watching a ring fight. Very soon, Mando gets the information he requires.

It results in Koresh getting killed off (I think) after he and his henchmen wanted to steal the Mandalorian’s armour from him. Mando and the Child soon head off to Tatooine where another Mandalorian has been sighted. It of course means a return appearance of Amy Sedaris as Peli Motto.

Peli Motto is a mechanic who appeared in Season 1 of ‘The Mandalorian’ and is rather fond of Baby Yoda. Peli helps guide Mando to Mos Pelgo, a town thought destroyed and presumably where the other Mandalorian is. Mando heads there on a hover-bike where he meets the Marshal of the town.

The Marshal happens to be Timothy Olyphant as Cobb Vanth. He’s wearing Mandalorian armour, which…distinctly looks a lot like Boba Fett’s armour. Hmm. Must be a coincidence! 😀 Mando sees that Vanth isn’t a Mandalorian and demands to have the armour off from him. They get interrupted.

The town is soon attacked by a krayt dragon, which is a gigantic beast that has been terrorizing Mos Pelgo lately. The Marshal agrees to return the armour to Mando so long as he helps him to rid the town of the dragon. The Mando agrees. The rest of this episode is Mando assisting to kill the dragon.

It was fascinating to see how Mando, the Marshal and soon the people of Mos Pelgo worked together to tackle the ferocious beast. It was also gruesome when the dragon kept spewing its own ‘sick’ upon them. Ugh! Did we really have to see that?! That was very vile and gruesome to watch. 😀

They ‘up it’ up when once the monster is killed; the sand people who’ve helped them cut it open to butcher meat inside. Double ugh! Why did we have to see that there?! It was fascinating to hear the Marshal’s backstory and how he ended having Boba Fett-like armour in order to drive off invaders. 😐

It was nice to see the ‘Return of the Jedi’ reference when the second Death Star blew up in connection to the Marshal’s backstory. The story ends with Mando getting the armour off from Vanth before he rides off whilst ‘a mysterious man’ played by Temuera Morrison watches from afar.

Nah! It’s no-one important, I don’t think. 😀 Anyway, ‘The Marshal’ is a good opening episode to Season 2 of ‘The Mandalorian’. I’m looking forward to watching more and wonder how the Mandalorian will reunite Baby Yoda with his people. I’ll have to keep watching this exciting series. 😀

Stay tuned for my review on ‘Chapter 10’ of ‘The Mandalorian’ next week!

The Mandalorian’s spaceship journeys to a planet in deep space…in a galaxy far, far away.

Deep down in a bunker on the planet, the Mandalorian escorts Timelord007 from his spaceship to a place where he needs to be. The Mandalorian is protecting Timelord, due to the revelation that a certain ‘Francis’ is after him, featured in ‘The Mandalorian’ Season 1 review. Down the corridor, the Mandalorian is silent on the journey whilst Timelord is apprehensive about what’s going on.

Timelord007: “Look, I demand an explanation! I was about to have my afternoon tea with some homemade fruit scones. Darth Vader was joining me. Come on, Boba Fett or whoever you are! Start talking!”

Mandalorian: “I told you before. I haven’t time to explain. Things are pressing. My client will explain to you what is happening when you meet him.”

Timelord007: “Who is it? An ex-girlfriend of mine? Or someone from my future I haven’t offended yet? Wait! It’s not one of those trolls who used to rant about my Amazon reviews, is it?”

Mandalorian: “You’ll see who my client is very soon. He knows you.”

Mandalorian: “My client is in this cubicle.”

Timelord007: (imitates Darth Vader) “You don’t know the power of the Dark Side in my bathroom!” (Pause) “Hang on! Is Darth Vader about to announce to me “I am your father?” Even though we just left them back at my place a few days ago…”

Just then, Timelord007 gets interrupted as something’s on his leg. He looks down and sees Baby Yoda looking up at him, innocent eyes wide.

Timelord007 kneels down and picks up Baby Yoda, cradling him in his arms.

Mandalorian: “The kid’s been looking after my client in the cubicle. Stabilising his life-signs I believe. Something to do with…powers he has. I don’t understand it myself.”

Timelord007: “Could be Jedi. Could be Sith. Or it could be Michael Grade trying to cancel ‘Doctor Who’ again.”

Mandalorian: “My client gave me explicit instructions to bring you to this place the moment he sent me out to collect you. I have done so. This is the way.”

With that, the Mandalorian pulls down a lever and very soon, the cubicle opens. Timelord007 keeps holding onto Baby Yoda as smoke bursts forth from the cubicle. Timelord adjusts his eyes as he tries to see who’s inside the cubicle through all the smoke. Once he sees who’s in the cubicle, he’s shocked and horrified. The Mandalorian stands behind him.

Mandalorian: “You recognise my client? You know him?”

Gradually waking up whilst inside the cubicle, the Mandalorian’s client looks up to see Timelord007 staring at him and mouth agape. 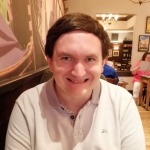