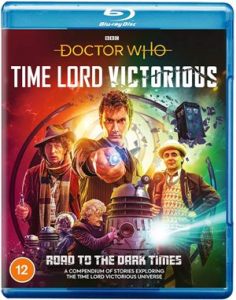 Next week, the ‘Time Lord Victorious’ review season of ‘Doctor Who’ will begin! Before that happens, please feel free to check out my reviews on the ‘Doctor Who’ stories featured in the ‘Road to the Dark Times’ Blu-ray, which I had a chance to check out over Christmas from December 2020 to January 2021.

You can purchase ‘Doctor Who – Time Lord Victorious – Road to the Dark Times’ on Blu-ray either from Amazon.co.uk or Amazon.com.